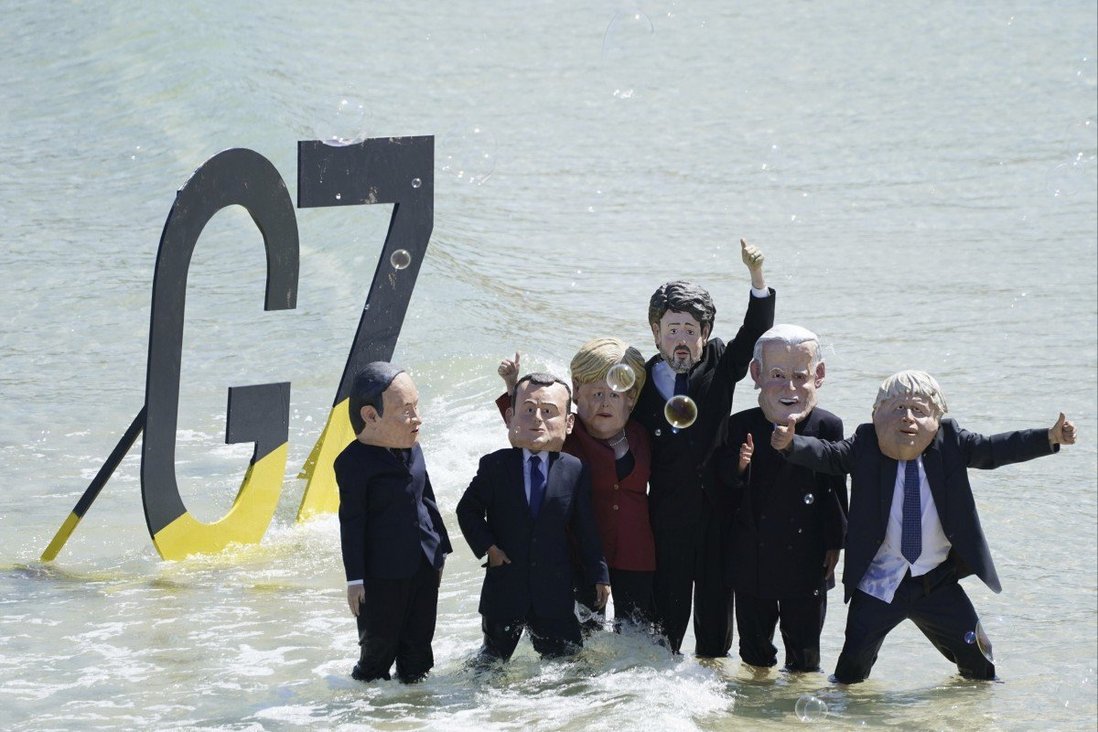 China's embassy in the United Kingdom denounced on Monday a joint statement released at the conclusion of the G7 summit on Sunday, saying that the mentions of the Xinjiang Uygur autonomous region and other regions in China in the meeting's communique "distorted facts" and constituted "deliberate slandering" of China.

The G7 communique called for a "timely, transparent, expert-led and science-based" Phase II COVID-19 origins study in China to be convened by the World Health Organization. It said China should "respect human rights and fundamental freedoms, especially in relation to Xinjiang and those rights, freedoms and high degree of autonomy for Hong Kong enshrined in the Sino-British Joint Declaration and the Basic Law".

The G7 also said it remains "seriously concerned about the situation in the East and South China Seas" and opposes any "unilateral attempts to change the status quo and increase tensions".

In a statement, a spokesperson for the Chinese embassy in London said the group of Western countries had distorted the facts, and urged them, especially the United States, to stop such moves, and take more steps that are conducive to promoting global cooperation.

"At present, COVID-19 is still raging around the world, the global economy is sluggish, the recovery is weak, and global challenges such as climate change are becoming increasingly prominent. In this context, what the international community needs is the unity and cooperation of all countries," said the statement.

The spokesperson said Xinjiang-related issues are not about human rights, ethnicity or religion at all, but about combating terrorism, separatism and deradicalization. The so-called evidence used to slander China's policies in Xinjiang is "fake reports" by some anti-China scholars that have been reported by some Western media.

Some Western politicians and media outlets have so far largely based their accusations on reports by Adrian Zenz, a so-called scholar, and it has been found that these have used unsourced and wrong statistics and wild speculation, making his accusations dubious.

The spokesperson said there is only one China in the world, and Taiwan is an inalienable part of China, adding that China will not allow any external forces to intervene in its affairs.

China has been proactively opening up to the outside world and creating an equal and fair market environment for domestic and foreign enterprises, and it is some Western countries that have resorted to nonmarket means to block free investment by Chinese enterprises, according to the spokesperson.

Regarding COVID-19 origin tracing, the spokesperson said it is a scientific issue and China has always maintained an open and transparent attitude on it. The embassy condemned the politicization of the issue by the US, saying that political manipulation hinders global cooperation on tracing the origins of the virus.

The G7 summit, attended by leaders from the UK, Canada, France, Germany, Italy, Japan and the United States, concluded in Cornwall on Sunday.

Just hours before a NATO summit in Brussels on Monday, NATO Secretary-General Jens Stoltenberg said that "China is not our adversary" and he expects the meeting will demonstrate the importance of Europe and North America standing together.

"We need to engage with China on important issues (such) as climate change, Afghanistan, arms control and other issues," he said at a forum on Monday morning.