ELMAU, GERMANY (Xinhua) -- Leaders of the Group of Seven (G7) kicked off their three-day annual summit on Sunday in Schloss Elmau in south Germany's Bavarian Alps amid lower expectations and protests. 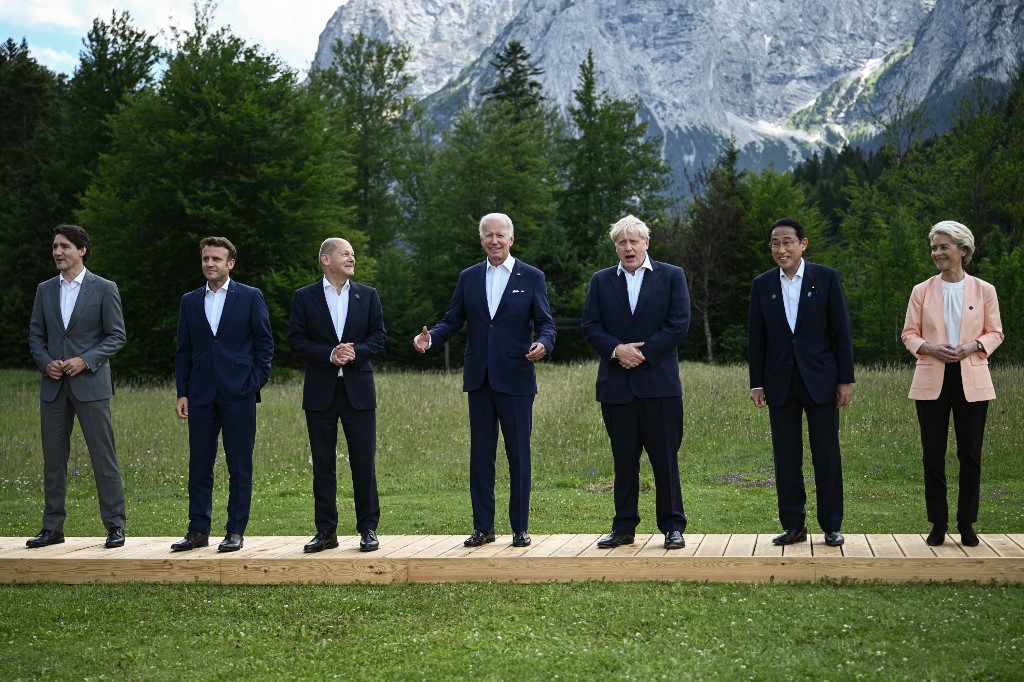 The summit will focus on the Russia-Ukraine conflict, climate and others, while the host dampened expectations.

The ongoing Russia-Ukraine conflict, especially further sanctions against Russia, will dominate the discussions at the summit of the world's major industrialized countries, as U.S. President Joe Biden said on Sunday morning that the G7 would impose a ban on imports of Russian gold.

A German federal government source said on Saturday night that price caps of Russian oil will be discussed, a measure that envisages forcing Russia to sell oil to large buyers such as India at a significantly lower price in the future. The G7 countries are intensively discussing the issue and are "on the way to finding an agreement."

The source said that there will be a statement about the issue of the Russia-Ukraine conflict by the G7 leaders. Ukrainian President Volodymyr Zelensky will deliver a speech via video during the summit.

Leaders will also address the food crisis caused by the Russia-Ukraine conflict. They will try to seek ways to unblock Ukraine's grain exports across the Black Sea and make financial pledges to help countries hardest hit by the crisis.

According to the policy priorities made by the host country Germany, G7 leaders will also address issues including climate change, by establishing a "climate club" put forward by German Federal Chancellor Olaf Scholz.

Besides leaders of Germany, the United States, Japan, Canada, Britain, Italy, France and the European Union, leaders from India, Indonesia, South Africa, Senegal and Argentina have been invited to take part in the summit.

The West bloc is expected to take advantage of the G7 summit to try to persuade major developing countries to join their sanctions against Russia, experts said.

However, the host nation Germany tried to dampen the expectations of this summit. In his weekly podcast released on Saturday, Scholz said that although Elmau, the summit site, "lies in the mountains, we will certainly not move mountains there."

On Saturday, some 4,000 people marched in Munich against the G7 summit, with some protest groups accusing major western countries of triggering the conflict between Russia and Ukraine, and of making the whole world bear the consequences of the conflict, including the food crisis.

Protestors have set up tents in Garmisch-Partenkirchen, the seat of the district of the event site, with organizers expecting that more than 1,000 protestors will participate in the demonstration on Monday.