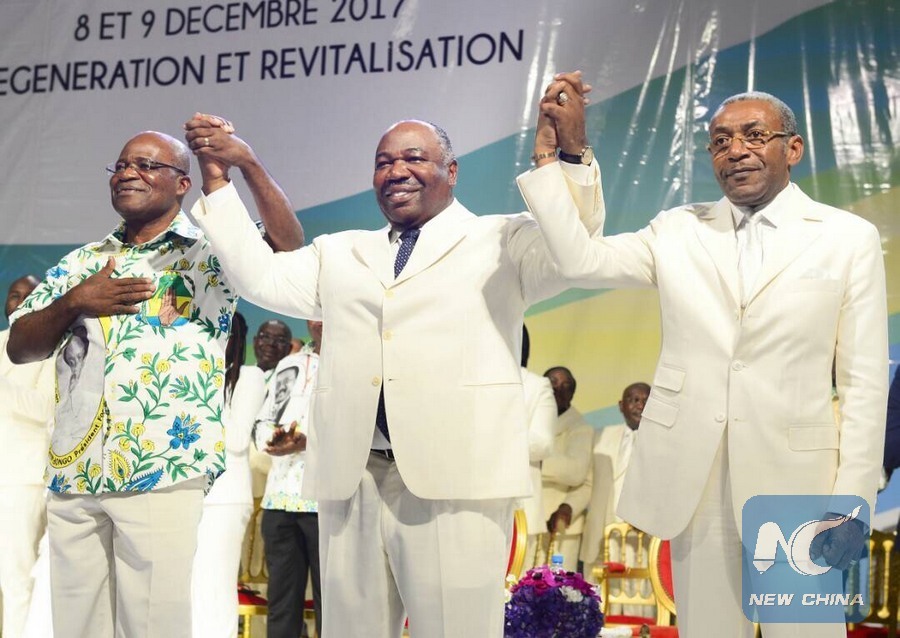 In a recent interview with Xinhua, Eric Dodo Bounguendza, Secretary General of PDG, hailed the long-time interactive exchanges between the two parties.

Bounguendza said it has been more than 30 years since the PDG and the CPC forged friendly and cooperative ties.

Chinese Foreign Minister Wang Yi paid an official visit to Gabon earlier this week, while Gabon has also just sent a delegation led by its Senate president to visit China.

Last year, Bounguendza attended the CPC in Dialogue with World Political Parties High-Level Meeting. He said during the meetings in Beijing, he proposed a framework of cooperation for the next five years in human resources training as he was enlightened by the CPC cadre schools in Beijing.

He said the exchanges between Gabon and China will be "profitable" if Chinese experts could come to Gabon to share experiences, and that "we can also send members of the PDG to receive some expertise and policies in CPC cadres and administration schools."

"We are in great need of experiences that we have seen from the work and functioning style of the CPC," said Bounguendza.

The CPC has in recent years launched a campaign to strengthen internal discipline within the party to fight problems such as corruption. The PDG general secretary said this is an idea also shared by his party.

Internal discipline was at the heart of the PDG's last congress, and discipline issues figured prominently in President Ali Bongo Ondimba's opening and closing speeches.

Bounguendza also said over the past decades, China has strongly supported Gabon in areas of road and sports infrastructures, and Gabon has learned from China some ideas on social governance, particularly in health, with Sino-Gabonese hospitals.

"It would be better to think of extending this advantage in other areas, in the field of sport and diversification of our economy," he said.

Bounguendza also hailed the Sino-African cooperation model as practical and win-win and expected the Forum on China-Africa Cooperation (FOCAC), to be held this year in Beijing, to focus on the diversification of the economy for African countries including Gabon.

"It is very important that we have this raw material processing expertise," he said, stressing the importance of creating wealth on the local territory instead of simply exporting raw materials.

"The Chinese example has demonstrated this expertise and we need it," he said.