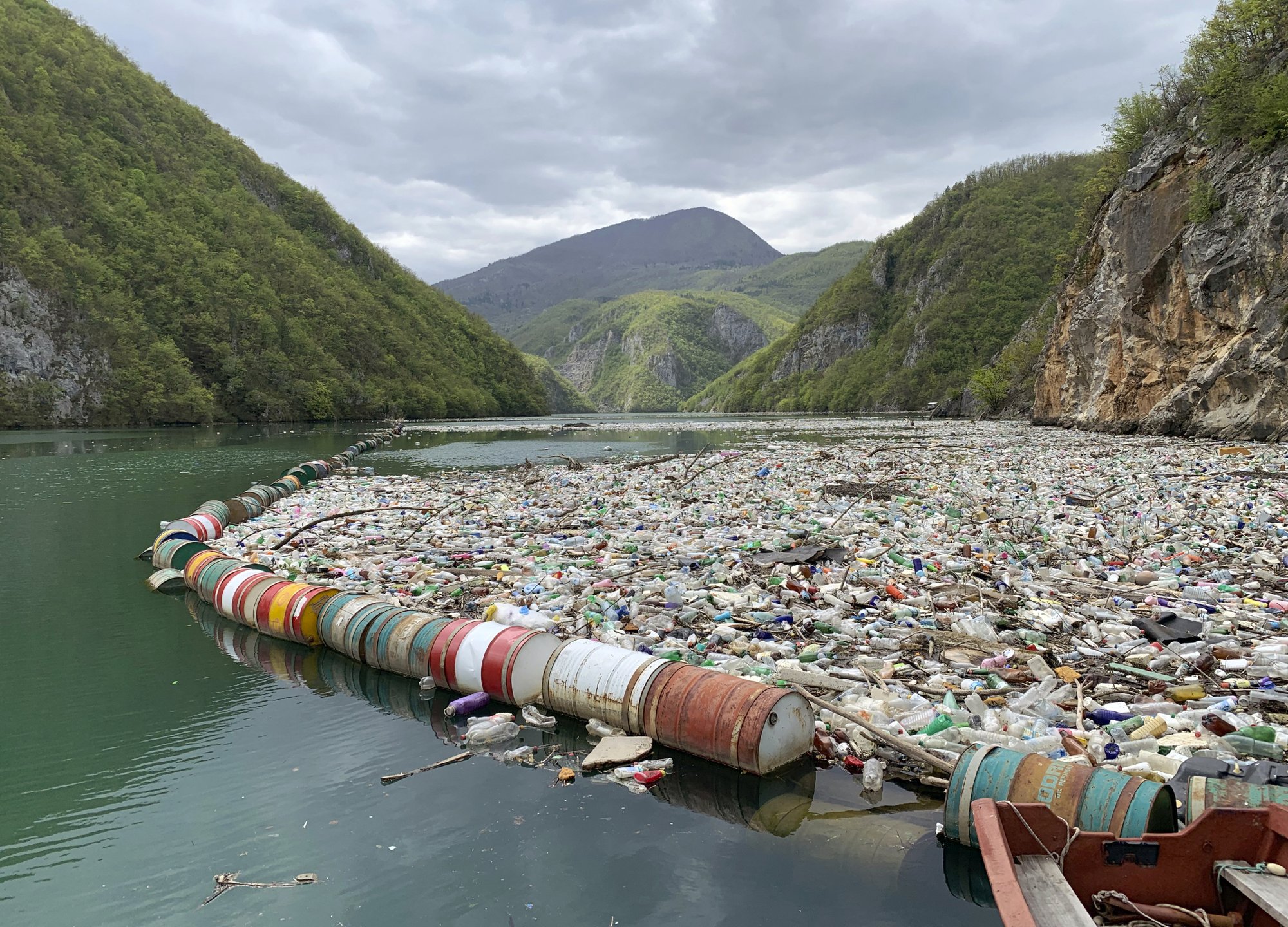 Plastic bottles and other garbage float in the river Drina near Visegrad, eastern Bosnia-Herzegovina. (Photo: AP)

Plastic bottles, rusty barrels and even old washing machines are among the tons of garbage clogging rivers in Bosnia that were once famous for their emerald color and crystal-clear waters and adored by rafters, hikers and fishermen.

Bosnia and other countries in the Western Balkans have done little to build an effective system of garbage disposal and environment protection, despite formally seeking entry into the European Union and adopting some of the EU’s laws and regulations.

Neglected during the wars in the 1990s, Bosnia’s waste-management problem has grown over the years, reaching alarming proportions in a region where joblessness and poverty are widespread and where corruption routinely stalls implementation of reform laws. Rather than being recycled, most garbage ends up at makeshift dumps and in rivers, contaminating both the ground and the water.

“This is a catastrophe, believe me — a catastrophe!” said Aleksandar Mladic, a resident of Visegrad, a town on the Drina River in eastern Bosnia. “People throw everything in the river, not only plastic ... there are corpses of dead animals, barrels, you can find anything in there.”

The environment ministers of Bosnia, Serbia and Montenegro met at the site in April, promising to work together to solve the problem. Activists and residents, however, have little faith that needed actions will happen anytime soon — effective waste management requires years of planning and substantial investments.

Anes Podic, president of the Eco Action environmental group, said that 100 to 200 tons of plastic garbage is dumped daily in Bosnia, a figure he called is “enormous.” The official government line, Podic said, is that citizens are reckless with their garbage.

“The truth is quite the opposite,” he insisted. “The government hasn’t been able to sort out one of its basic tasks and that is collection of garbage.”

By the banks of the Bosna River, whose source is near Sarajevo, the capital, and flows centrally through the country, dead fish could be seen washed up along the shore. Its riverbanks are heavily polluted by garbage, which hangs from tree branches and pools in clumps at every little bend in the river.

Fisherman Hamdija Kandic remembered when used to be catfish, carp, perch and asp in the river, but says now “the fish are dying. There are almost none left.”

“It’s the people’s fault,” the 60-year-old Kandic lamented. “We don’t take care of our rivers.”