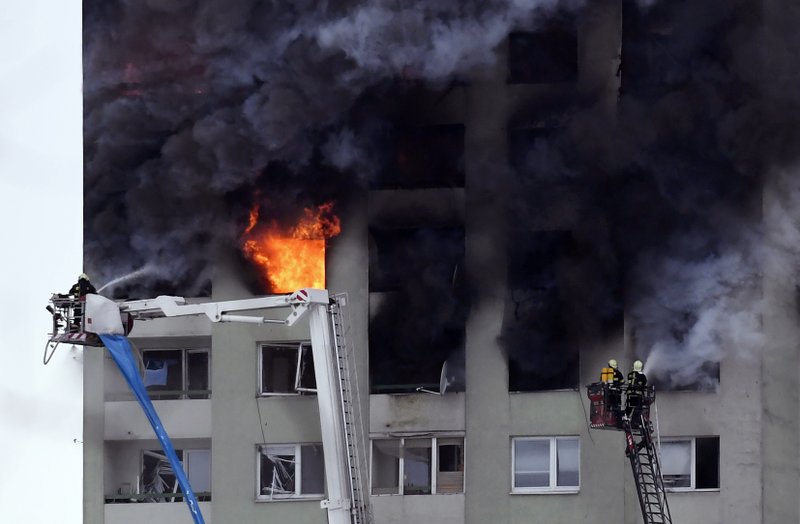 Firefighters on a ladder try to extinguish a fire in a 12-storey apartment block after a gas explosion in Presov, Slovakia, Friday, Dec. 6, 2019. (Photo: AP)

A gas explosion in an apartment building in eastern Slovakia killed at least five people and injured more than 40 Friday. Firefighters rescued people trapped in the building, which officials said is still in danger of collapse.

The explosion occurred toward the top of the 12-story building in the city of Presov shortly after noon. By late afternoon the entire top half of the building was burning and the top three floors were destroyed, firefighters said.

It was unclear where the rescues took place, but firefighters initially said some people had fled to the roof, and seven military helicopters joined in the rescue.

Firefighters said all people they could find were evacuated. Alena Krcova, a spokeswoman for the rescue services, said more than 40 people were injured, though none was in life threatening condition. She cautioned, however, that the number of dead and injured might not be final.

Mayor Andrea Turcanova said residents have been evacuated to nearby schools.

Slovak Prime Minister Peter Pellegrini is heading for the site with some members of his Cabinet.