Gas leak likely cause of ‘Escape Room’ fire in Poland 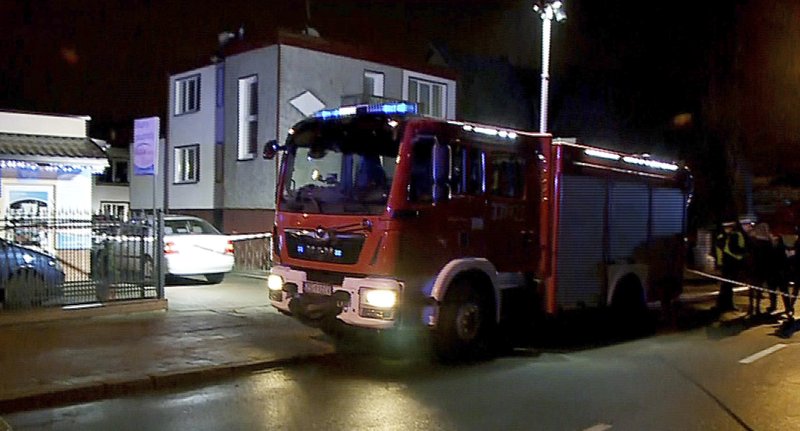 Investigators in Poland on Saturday blamed a gas leak in a heating system at an “Escape Room” for a fire that killed five teenage girls and injured a man.

The bodies of the 15-year-old victims were found Friday in Koszalin, in northern Poland, after firefighters extinguished a blaze in an adjacent room. Prosecutors said that carbon monoxide inhalation was the likely cause of the deaths.

A 26-year-old man employed at the location was hospitalized with burns.

Koszalin prosecutor Ryszard Gasiorowski said a leak in the bottled gas heating system at the location was a probable cause of the fire. Earlier, firefighters blamed faulty electric wiring and substandard security procedures.

Gasiorowski said the fire probably broke out in the reception room and blocked the employee’s way to evacuate the girls. Autopsies will be carried out to confirm the cause of the deaths.

He said firefighters who put out the blaze and other witnesses were being questioned. The condition of the injured employee didn’t immediately allow for his questioning.

Earlier, national fire chief Leszek Suski said Saturday that electrical wiring at the location was makeshift and too close to flammable materials.

“Security was not ensured and that led to the tragedy,” Suski said.

He said there was no proper evacuation route and a “lot of negligence” at the location.

A spokesman for local firefighters, Tomasz Kubiak, said the units responding to the blaze had to use specialized equipment and force their way into the “Escape Room.”

Poland’s interior minister has ordered fire safety inspections at more than 1,000 “Escape Room” locations across the country. The first inspections were being held Saturday, the Interior Ministry said. Previously, there was no official requirement for fire safety certificates at such locations.

Highly popular among teenagers in Poland, the “Escape Room” game has players locked inside a room or building and they must find clues that help them get out.

Prime Minister Mateusz Morawiecki has sent condolences to the victims’ relatives. Officials have extended psychological, psychiatric and other support to the families. The school which the teenagers attended was extending counselling and support to their friends and colleagues. Students and residents attended a Catholic Mass on Saturday noon at the local church.

Local residents were placing flowers and lights in front of the location, a detached house.

The girls, friends from one school class, were celebrating one of their birthdays.