There is so much unwanted gas coming out of American coal mines — those that still produce coal and even those that have long quit — that federal data suggests it outpaces the carbon emissions footprint of the entire U.S. petrochemical industry. 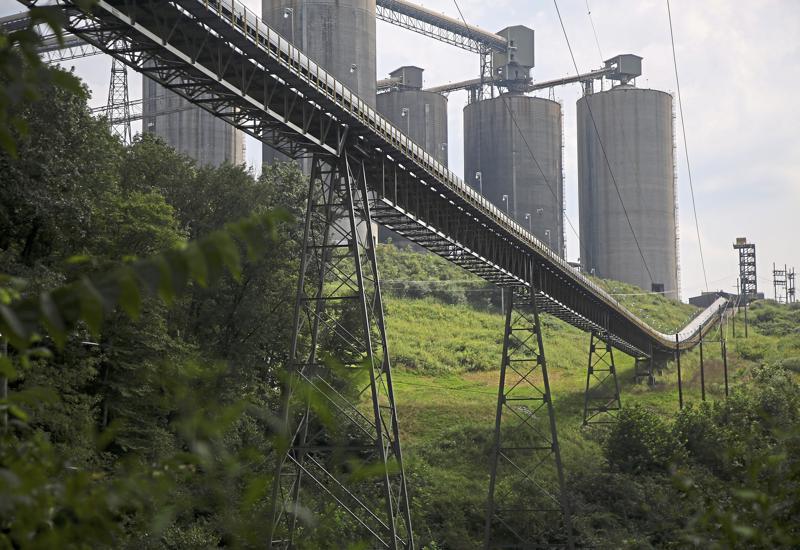 It is more than the greenhouse gas impact of all iron, steel and coke plants in the country.

For environmentalists and entrepreneurs alike, this represents a huge, barely-tapped resource for preventing these emissions and getting paid to do so.

“The potential is quite large in the U.S.,” said Ben Apple, principal at Environmental Commodities Corporation, a Maryland-based developer of projects that generate carbon credits — like systems that prevent mine gas from getting into the atmosphere.

That gas is methane, which is many times more powerful than carbon dioxide at trapping heat over a shorter period of time. Estimates place it between 25 times and 84 times the warming threat of CO2.

Even burning that gas, not for power but just to get rid of it, is far better for the environment than doing nothing.

That’s what Mr. Apple’s company does a lot of. It pulls methane from coal mines and burns it in an oxidation chamber. The resulting emissions are steam and carbon dioxide.

Of course, that gas could be used for energy, if it’s concentrated enough and there’s a pipeline nearby. That’s how CNX Resources has been selling the methane from the Buchanan Mine in Virginia — the “gassiest” mine in America — into a natural gas pipeline and to local power plant co-owned by the Cecil-based oil and gas company.

It’s also how, CNX explained last week, it has been net carbon negative for years, as its rivals in the shale gas space set targets to get to net zero. The emissions it prevents from venting from Buchanan offset many times the emissions that CNX produces in its shale gas operations, the company said.

Preventing most of the gas at Buchanan from escaping avoided the equivalent of 9 million tons of carbon dioxide emissions in 2018, shows the latest data available from the U.S. Environmental Protection Agency, which keeps an inventory of the 35 gassiest mines. Buchanan tops the list by a factor of 2.

According to the EPA, some 62 million cubic feet of methane came out of the sprawling mine each day in 2018. To put that into perspective, that’s more than twice the daily volume of gas that CNX is pulling from all of its shale gas wells at the Pittsburgh International Airport, according to the latest data from the Pennsylvania Department of Environmental Protection.

Unlike its Marcellus gas, the methane from the Buchanan mine qualifies as a renewable energy resource under the Pennsylvania Alternative Energy Portfolio Standards. So, in addition to its retail price, CNX also gets paid for the alternative energy credits.

Soon, CNX plans to start generating carbon credits, too. This, from a company that has until now resisted talking about limiting carbon emissions.

What CNX has been doing for decades to make money — harvesting gas from coal mines and selling it — is now an environmental commodity.

While it hasn’t certified any of its carbon reductions from Buchanan so far, the company is actively developing other mine gas abatement projects and has submitted certain projects to be considered for carbon credits.

Mr. Akinkugbe expects that will further prepare CNX for when — “not if but when”-— there is a price put on carbon emissions.

The gassiest mine in America

The Buchanan mine opened in 1983 and, until 2016, was owned by Consol Energy, the 150-year-old coal mining company that launched CNX as a subsidiary specifically to collect and sell mine methane from Buchanan. The two split in 2017.

Breaking up rock underground frees the methane embedded in it and creates a risk of explosion inside the space. Federal safety regulations require mine owners to vent that gas out of the mine. But no environmental regulation says they have to keep it from getting into the atmosphere, just as no federal law prohibits the emission of carbon dioxide.

Mine methane first became a commodity when companies like the old Consol realized they can sell it as fuel.

But when shale gas came along and oil and gas firms, CNX among them, turned their attention to drilling miles-long gushers and depressing the price of natural gas, mine gas was no longer the hot ticket it once seemed.

Around the same time as the Marcellus Shale rush was taking off, President Barack Obama declared it a priority to pass climate legislation that would limit carbon emissions.

In 2010, Consol Energy launched an effort to capture and destroy methane from its McElroy Mine in West Virginia. Its vice president of research and development at the time, Steve Winberg, said it would be a spring board for getting into carbon offsets.

But the climate bill didn’t pan out and there is still no federal cap on greenhouse gas emissions.

Still, a cap and trade carbon market set up by the California Air Resources Board took off. In 2014, the board allowed coal mine methane projects to qualify for carbon credits.

The company’s name is all over the projects in this area.

When, in 2017, Consol launched a methane abatement effort at its Greene County Bailey Mine, it was Environmental Commodities that designed the system and worked on the credits.

When the shuttered 84 Mine in Washington County put in a mine gas incinerator last year, that was Mr. Apple's company, too.

His name appears on many of dozens of mine methane projects listed on the three main carbon registries where credits are verified and listed. One credit equals one metric ton of CO2 emissions avoided.

All together, those projects have prevented just shy of 8 million tons of carbon dioxide equivalent from reaching the atmosphere.

But the impact isn’t exactly groundbreaking. The Bailey Mine emits as much in three years, federal data shows. Meanwhile, the methane destruction effort at the mine has prevented some 226,292 million tons of greenhouse gasses from reaching the atmosphere, Consol’s data show. The coal company plans to continue growing that effort and generating carbon offsets, its documents show.

Even at the Buchanan Mine, where the vast majority of the mine gas is captured in what is by far the largest mine methane abatement project in the country, close to 2 million tons of CO2 equivalent still vents into the atmosphere, according to the EPA. Buchanan is now owned by Australian company Coronado Global Resources.

CNX, which retained the gas rights to the mine, is likely to start burning some of that remainder to generate carbon credits. It already has a buyer for the future offsets: its Canonsburg neighbor, Equitrans Midstream Corp. The pipeline company announced earlier this month that it will buy $150 million worth of carbon credits to offset the greenhouse gas impact of its Mountain Valley Pipeline.

But it’s the nation’s only compliance-based market place in California that has moved the needle, he said.

“California’s program has caused more mine methane abatement than any other program globally,” Mr. Apple said. “I sat in the room with antagonists that said, ‘Don’t do this for coalbed methane. Don’t give anybody a carbon credit because they should be regulated.’

“It was a very healthy debate,” he said. But half a dozen years later, no regulations have been passed to regulate methane emissions from coal mines. But the methane vents just the same.