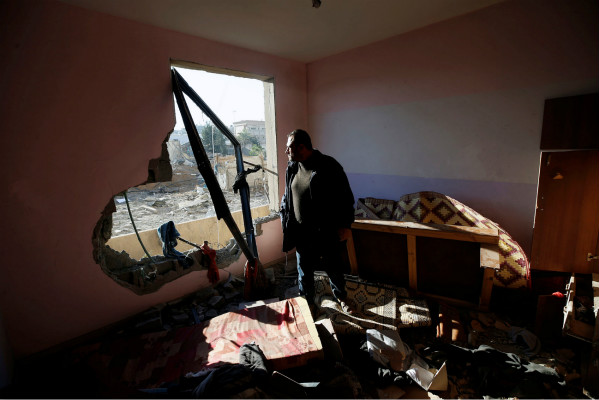 A Palestinian man looks at a nearby militant target in his apartment that was damaged in an Israeli airstrike, in the northern Gaza Strip December 9, 2017.  （Photo: VCG）

He said two others were killed in the clashes on the borders, and 170 people were wounded.

Israeli war jets carried out airstrikes at around 3:45 am Saturday. They struck with missiles three military posts that belong to Hamas in northern, central and southern Gaza Strip. 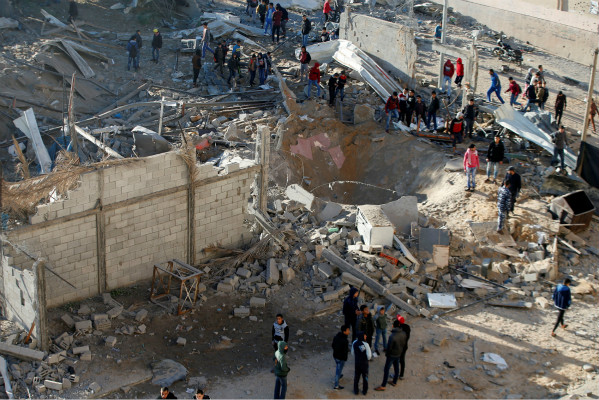 Palestinians gather around a militant target that was hit in an Israeli airstrike in the northern Gaza Strip December 9, 2017.  (Photo: VCG)

The Israeli airstrikes were a response to firing rockets on Friday from Gaza into southern Israel.

Clashes were renewed Saturday morning east of Gaza City and east of Khan Younis in southern Gaza Strip between school children and Israeli soldiers stationed on the borders. One school boy was injured, according to Qedra.

Meanwhile, clashes broke out in West Bank city of Bethlehem between Palestinian protestors and Israeli forces stationed at the northern entrance of the city, according to Palestinian sources. 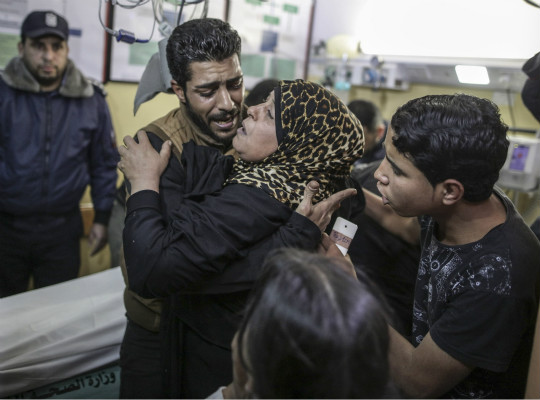 Palestinian President Mahmoud Abbas is expected to head a series of meetings of the political leadership and his own Fatah party Saturday morning.