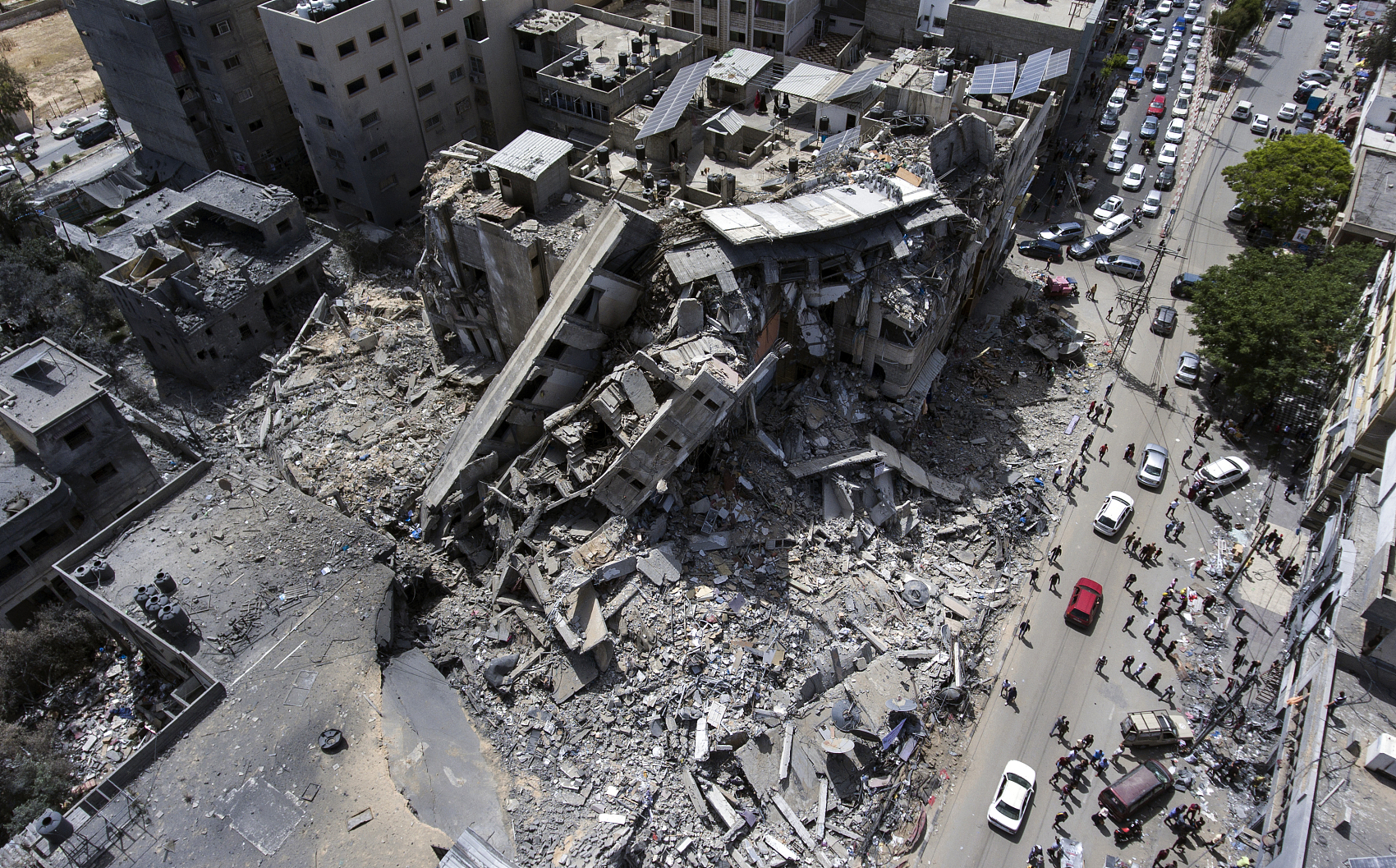 An aerial view of a destroyed building after it was hit last week by Israeli airstrikes, in Gaza City, Saturday, May 22, 2021. (Photo: VCG)

GAZA, May 22 (Xinhua) -- The government offices in the Gaza Strip are to reopen on Sunday following the end of the fighting between Israel and militant groups in Gaza that continued for 11 days, a government official said on Saturday.

Head of the government press office, run by the Islamic Resistance Movement (Hamas) in Gaza, Salama Ma'rouf, informed a news conference the plan to reopen the government's offices.

"After the ceasefire came into effect, all governmental institutions began to work on plans to record the damage and they will start fixing the damaged infrastructure and other basic services in the Gaza Strip," he said.

Ma'rouf added that the government's offices will work on cleaning and opening the streets and roads, and provide relief to those were affected by the Israeli aerial attacks that went on for 11 days and ended on Friday.

He said that during the Israeli airstrikes, 248 Palestinians were killed, including 66 children, 39 women, 17 elderly and five handicapped.

The fighting between Israel and the Hamas-led militant groups began on May 10, after Gaza militants fired barrages of rockets at Israel in protest to the Israeli measures in East Jerusalem.

A tit-for-tat trade of fire broke out, where Israeli fighter jets carried out hundreds of airstrikes on the Gaza Strip. Israel said that it targeted the infrastructure of Hamas and other militant groups in the enclave.

On Friday, an Egypt-brokered ceasefire was reached between the two sides.