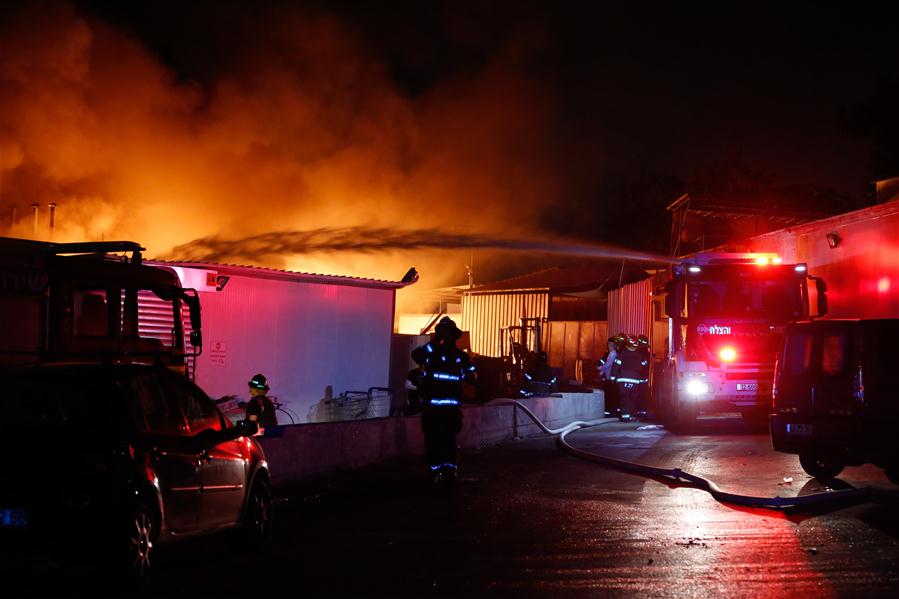 GAZA/JERUSALEM, Nov. 12 (Xinhua) -- The Israeli army launched airstrikes on the Gaza Strip on Monday evening, killing at least three and injuring dozens others, in response to the massive rocket attacks from the coastal enclave.

Eyewitnesses said a house was targeted by Israeli war jets in the town of Rafah in the southern Gaza Strip.

A short statement by the joint operation room of militant groups, including Hamas, confirmed the attacks.

"The Palestinian armed resistance on Monday evening fired scores of rockets from the Gaza Strip on the settlements of the enemy," the statement said.

It also vowed to "increase... intensive strikes" on Israel if it "keeps up its aggression."

Meanwhile, Israeli authorities said at least 100 rockets, mortars and anti-tank missiles were launched toward southern Israel in about one hour in the evening, injuring 12 people.

The David Magen Adom emergency service said a 19-year-old young man was "in a serious condition with multi-system injuries."

At least 11 more people were wounded by broken glasses or other materials as they ran for shelter during the bombing, the emergency service added.

In a special statement, the Israeli army instructed residents near Gaza as well as in cities as far as Beersheba and Ashdod, some 40 km south of Tel Aviv, to stay indoors or in protected areas.

Tensions in the region were still high on Monday morning, with schools cancelled for students in southern Israel for security concerns.

Israeli Prime Minister Benjamin Netanyahu cut short his trip to Paris and returned overnight, according to a statement from his office.

At a news conference in Paris on Sunday, Netanyahu defended his decision to move toward an unofficial cease-fire with Hamas.

He also warned that if calm along the border will not be kept, Israel "will act with maximum power."

The sudden burst of violence potentially shattered hopes for a long-term agreement between Israel and Hamas, as Egyptian and the UN officials have been working to broker a cease-fire deal in exchange for Israeli easing its 12-year crippling blockade on Gaza.