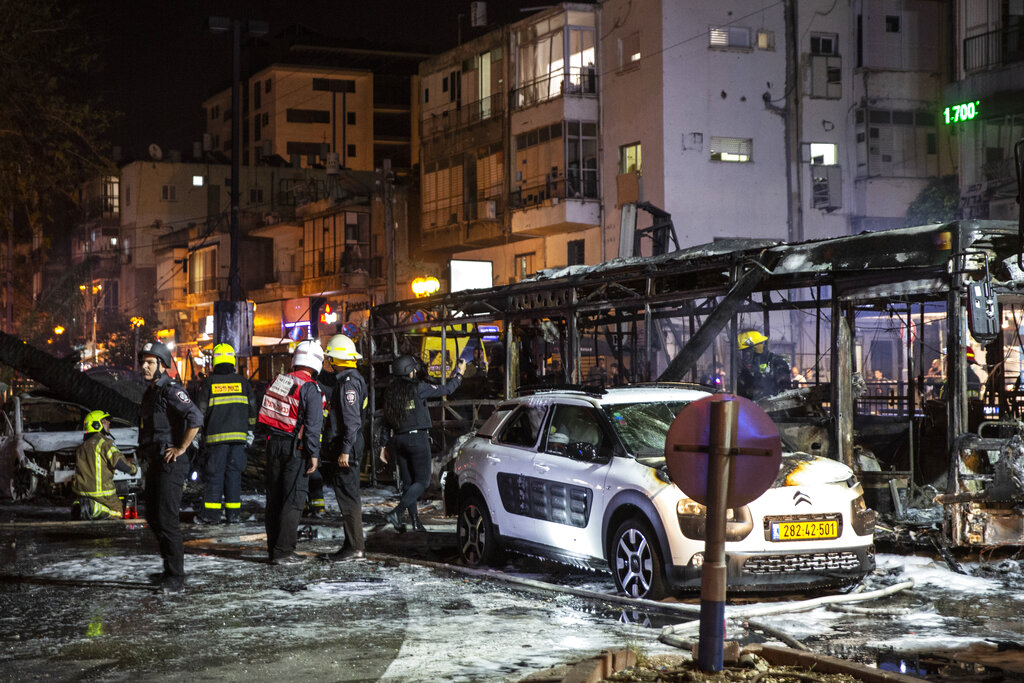 An Israeli firefighter works at the site where a rocket fired from the Gaza Strip, hit the central Israeli town of Holon, near Tel Aviv, Tuesday, May 11, 2021. (Photo: AP)

Air raid sirens and multiple expositions were heard in Tel Aviv and other cities in central Israel including Rishon LeZion and Ra'anana, as well as dozens of communities in southern Israel, according to Israeli authorities.

Channel 12 TV news reported that a rocket hit a building in the suburb of Holon.

Israel's emergency health services reported that at least five persons were injured in Holon, including a 5-year-old girl.

Israel's Airport Authority said in a statement that all flights from the international airport of Ben Gurion outside Tel Aviv have been halted.