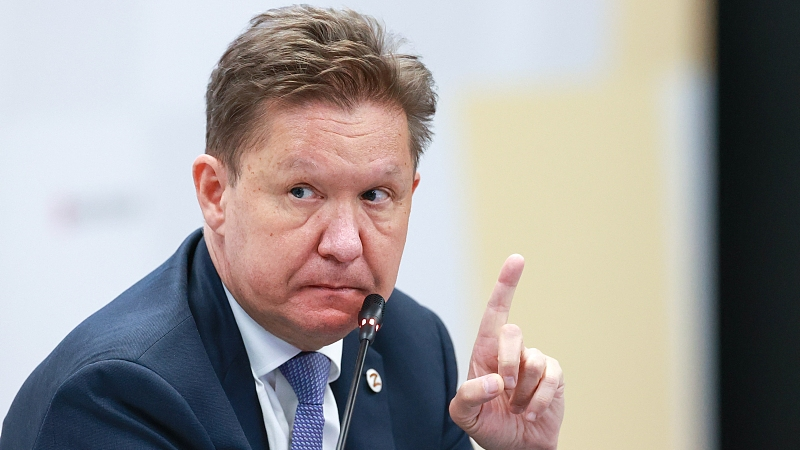 The Western countries' plans to set a price gap on Russian gas sales could lead to supplies being halted, Gazprom CEO Alexey Miller said in an interview on Sunday, according to Russia Today (RT).

"We rely on the contracts that have been signed. A unilateral decision of this kind is, of course, a violation of essential terms of the agreements, which would lead to a termination of supplies," Miller said.

Gas prices have soared since the Russia-Ukraine conflict began in February, prompting calls from EU countries for a price cap, although they disagree on its design.

G7 leaders also promised a price gap on Russian oil at a meeting on September 2.

U.S. Treasury Secretary Janet Yellen said the exact dollar level of a price cap on Russian oil had not yet been determined, Reuters reported on Saturday.