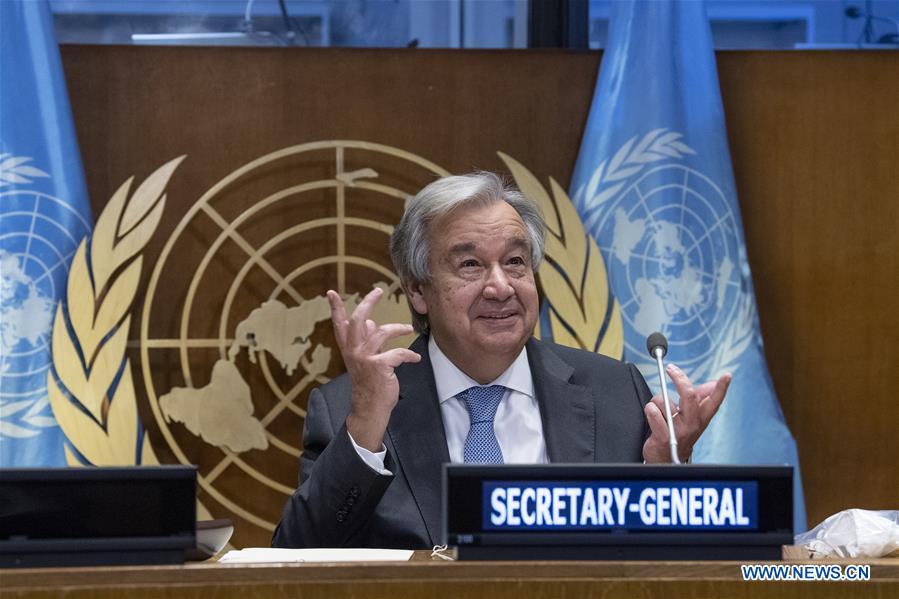 United Nations Secretary-General Antonio Guterres addresses the High-Level Meeting on Financing for Development in the Era of COVID-19 and Beyond at the UN headquarters in New York, on Sept. 29, 2020. (Photo: Xinhua)

UNITED NATIONS, Sept. 29 (Xinhua) -- The General Debate of the 75th session of the UN General Assembly (UNGA 75) on Tuesday lowered its curtain at the UN headquarters in New York on a positive note with the vast majority of world leaders and national representatives voicing strong support for multilateralism and the United Nations.

"Through their virtual presence, our political leaders have demonstrated their commitment to multilateralism and the United Nations. The vast majority confirmed this commitment in their speeches," Volkan Bozkir, president of the UNGA 75, told the closing ceremony of the virtual summit.

"Many recognized that multilateralism presents the most effective system to address global challenges, such as the (COVID-19) pandemic and climate change," said the UNGA president.

Noting that the meeting "has been substantive and exceptional" and for the first time in the history of the United Nations, global leaders were not able to be here in person, Bozkir stressed that "this did not prevent multilateralism from operating at the highest levels."

"Heads of States, Heads of Governments and Ministers laid down a complete agenda, which not only supports the priorities I laid down, but also provided enhanced guidance, on steps needed to overcome the challenges we face," he said. "The added feature of introductory remarks by Permanent Representatives was pioneering and maintained the spirit of the occasion."