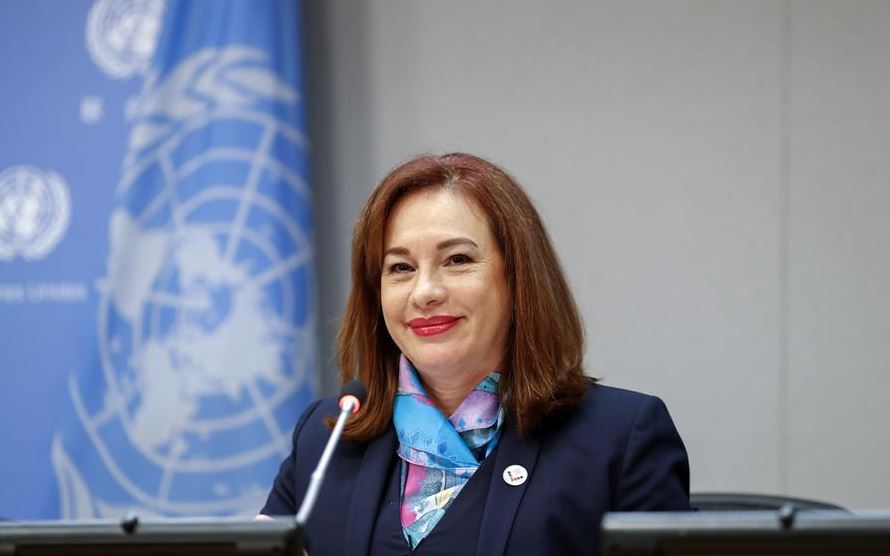 UNITED NATIONS, Oct. 1 (Xinhua) -- UN General Assembly (UNGA) President Maria Fernanda Espinosa Garces on Monday concluded the General Debate of the 73rd session of the assembly, saying it was wrapped up on "a high note."

In her closing speech to the world leaders attending the debate, Espinosa said "each one of us could say with honesty that we are wrapping up this General Debate on a high note with the satisfaction of job well done."

Expecting the past week to set the tone for the work and agenda of the assembly in the coming year, she summarized its seven outcomes, with the first one being the global reflection on the role of the UN and the reflection on the importance of multilateralism as the only viable response to the problems facing mankind.

Secondly, she noted the UN had been a home for all nations this past week by creating a space for them "to deepen bilateral ties and to strengthen political and regional groups."

Thirdly, the UNGA chief noted, the representatives of member states shared visions and experiences on issues of common interest, and more than 400 side events took place along the General Debate.

In addition, she mentioned four other strategic outcomes of the assembly's high-level week: two political declarations on Tuberculosis and non-communicable disease, the progress in signing and ratifying the Treaty on the Prohibition of Nuclear Weapons, member states' sharing of national or regional successes and challenges, and the participation of hundreds of activists.

She also expressed gratitude to the 77 heads of state and 44 heads of government as well as other high-level representatives who participated in this year's discussions.

Although the speakers sent diverse messages from the podium, there were many points of convergence and similarity as well as many shared concerns.

Issues popping up repeatedly throughout the debate were defense of multilateralism, promotion of sustainable development, fight against climate change, celebration of the 70th anniversary of the Universal Declaration of Human Rights, and investment in conflict prevention and mediation.

"This marks only the beginning of the 73rd session," said Espinosa, expressing her hope that "the enthusiasm and efficiency which have been the hallmark of this week will last the whole course of the year."

The General Debate started last Tuesday and lasted until Monday with Sunday off. A total of 196 representatives, including 193 from member states and three from permanent observers, spoke at its podium.

In the meantime, a number of high-level meetings were held during the week, including Nelson Mandela Peace Summit, as well as meetings of Financing the 2030 Agenda for Sustainable Development, Action for Peacekeeping, Commemoration and Promotion of the International Day for the Total Elimination of Nuclear Weapons, the Fight to End Tuberculosis, and Comprehensive Review of the Prevention and Control of Non-Communicable Diseases.