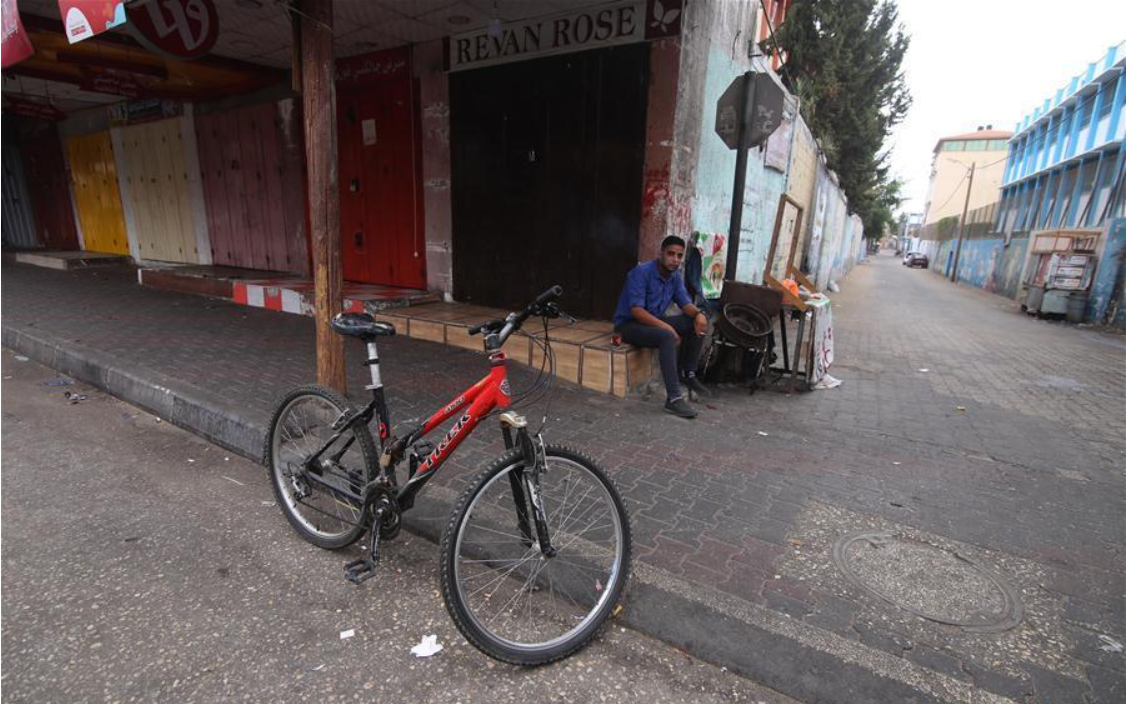 A Palestinian man sits in front of a closed shop on an empty street in the southern Gaza Strip city of Rafah, on Oct. 1, 2018. (Photo: Xinhua)

The strike was called for by Palestinian national and Islamic factions in coordination with the High Follow-Up Committee for Arab Citizens in Israel.

The strike aimed at highlighting the consequences of the new basic law endorsed by Israeli parliament on the rights of the Palestinians in Israel and the occupied territories, according to the organizers.

Many institutions have come to a standstill due to the strike, including schools, universities, governmental offices and public transportation, as well as the private sector, including some commercial shops.

Only vital emergency sectors such as health and security remained functioning.

The Israeli parliament approved the Jewish nation state law on July 19. The law constitutionally enshrines the identity of the State of Israel as the nation state of the Jewish people.

The law has sparked controversy as it maximizes the privileges enjoyed by Jewish citizens with the neglection of the Palestinian citizens. As a basic law, it is capable of overriding any ordinary legislation.