The family of African American George Floyd appealed Tuesday for sweeping police reform on the anniversary of his murder by a white officer as they met President Joe Biden at the White House.

The president and Kamala Harris, America's first female and first Black vice president, hosted several of Floyd's relatives in the Oval Office after the family spoke to top lawmakers hoping for progress on police reform.

The legislation being considered to increase police accountability would be named after Floyd, who suffocated after being pinned down under the knee of Minneapolis officer Derek Chauvin on May 25, 2020.

Another brother, Terrence Floyd, said as he left the White House that he was encouraged by the "productive conversation" in which Biden and Harris were eager to "actually give an ear to our concerns."

Floyd's mother, siblings and his daughter Gianna, along with family lawyers, had earlier gathered at the US Capitol with House Speaker Nancy Pelosi and other Democratic members of Congress.

While the adults discussed their hopes for police reform, it was seven-year-old Gianna -- hugging her mother Roxie Washington -- who eloquently addressed the lasting legacy of her late father, saying he would "change the world."

"He did," Biden said in a statement after meeting the family nearly a year after their first encounter ahead of Floyd's funeral.

He told reporters he was "hopeful" that a deal could be struck on the police reforms after the Memorial Day holiday this weekend.

"I got a chance to spend a lot of time with Gianna and the family," he said. "They've been wonderful." 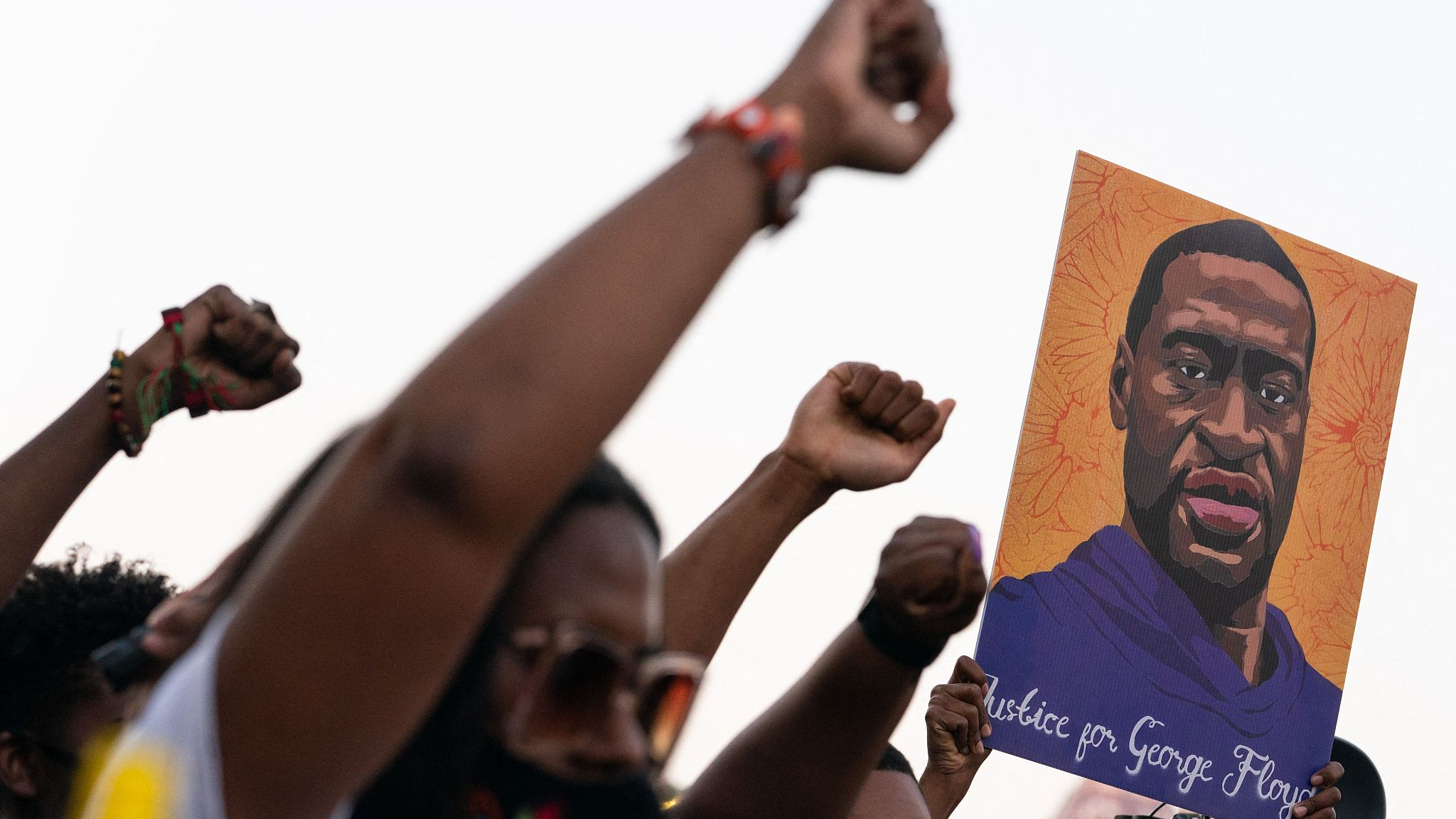 Floyd's death sparked protests against racial injustice and police brutality across a country already crackling with tension from the election battle between Biden and Donald Trump.

Chauvin, who knelt on Floyd's neck for more than nine minutes as he passed out and died, is to be sentenced in June for murder and manslaughter.

In the wake of Chauvin's conviction last month, Biden sought to build on political momentum by urging Congress to pass a far-reaching police reform bill in time for the anniversary.

However, the ambitious deadline comes with only the House having passed the George Floyd Justice in Policing Act, while the Senate continues to wrangle over key details.

Despite missing Biden's hoped-for deadline, Representative Karen Bass, a co-author of the reform bill, reiterated her commitment to Democrats and Republicans negotiating a compromise.

"We will get this bill on President Biden's desk," she said at the meeting with the Floyd family. "We will work until we get the job done. It will be passed in a bipartisan manner."

The proposed law seeks to reform what critics say have become ever more violent and unaccountable police forces around the country.

Biden says a culture of impunity and underlying racism has made tragedies like Floyd's death increasingly common, although opponents believe police operating in often heavily armed communities are being scapegoated.

As if to highlight the staggering number of US shootings, multiple gunshots rang out Tuesday near the site in Minneapolis where people were marking the anniversary of Floyd's killing.

In a sign Biden wants to confront head on what he sees as systemic racism, the White House announced the president will travel to Oklahoma on June 1 to mark the 100th anniversary of the Tulsa race massacre in which an estimated 300 Black men, women and children were killed.

The police reform bill would ban potentially fatal restraint techniques used on suspects, like chokeholds, and end so-called "no-knock warrants" that authorize police to burst into a suspect's house unannounced.

The most far-reaching of the measures would be to end current legal protections that block civil lawsuits against police accused of misconduct.

While nothing is easy to get through the heavily divided Congress, Bass, Democratic Senator Cory Booker and Republican Senator Tim Scott issued a joint statement Monday citing "progress toward a compromise."

The Floyd family was to hold talks later with Booker and Scott in a bid to help reach a bipartisan agreement.

"It should be that we all want better policing," Floyd family attorney Ben Crump said.

"We have to respect the spilled blood that's on this legislation," he added. "It must be meaningful, and we can do this together."