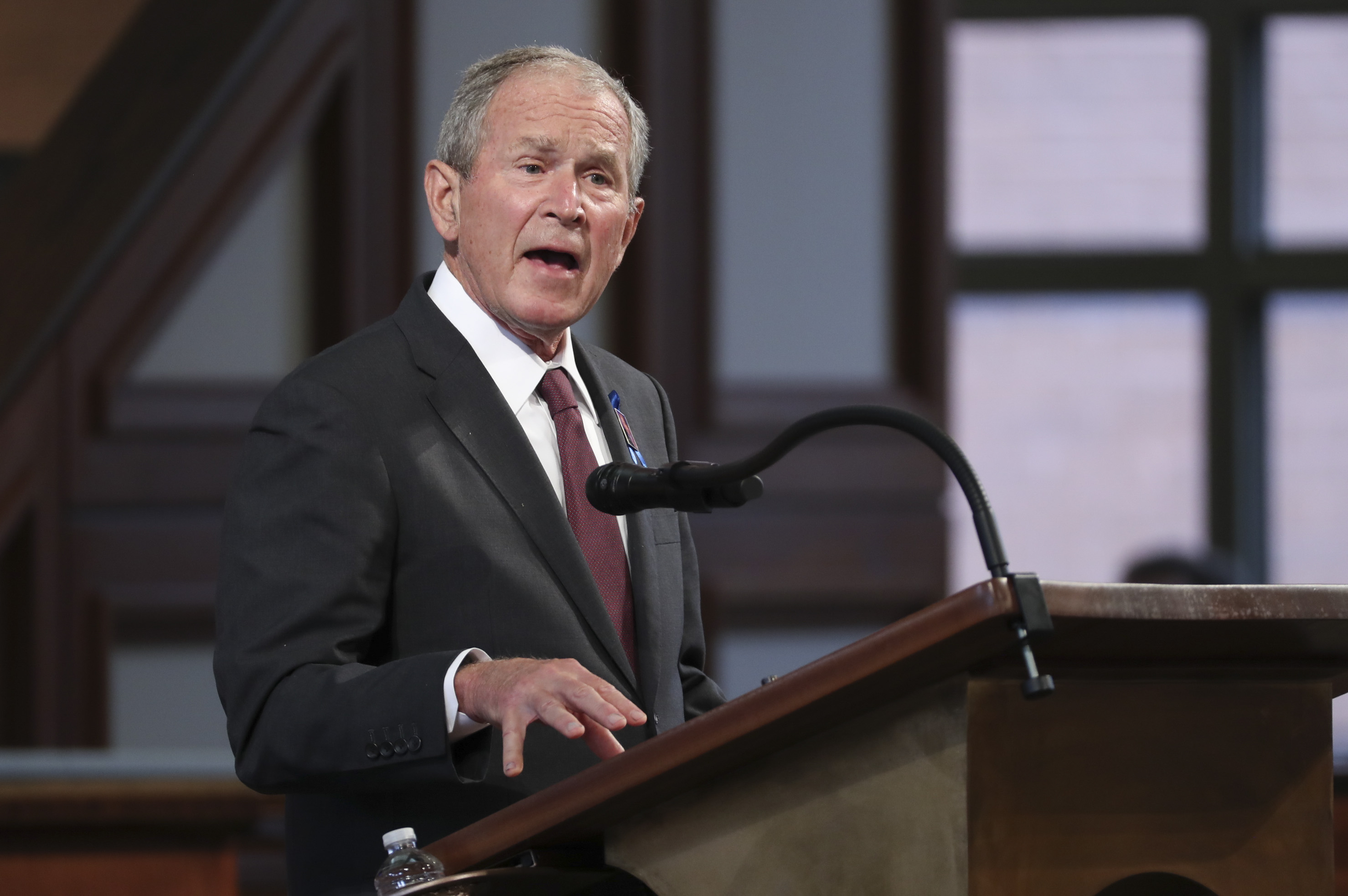 Republican former US president George W. Bush will attend the inauguration of Democrats Joe Biden and Kamala Harris in Washington on January 20, his chief of staff said Tuesday.

"President and Mrs. Bush look forward to returning to the Capitol for the swearing in of President Biden and Vice President Harris," Freddy Ford tweeted.

"Witnessing the peaceful transfer of power is a hallmark of our democracy that never gets old," he added, in a seeming jab at President Donald Trump who refuses to concede defeat and has not confirmed if he will attend Biden's inauguration.

It will be the eighth swearing-in ceremony the Bushs have attended, Ford said.

The statement from Bush, the only living former Republican president, came during a week of high political tensions in the United States, with Trump desperately scheming to reverse his election loss.

On Wednesday, Vice President Mike Pence is to preside over a joint session of Congress to certify the Electoral College vote that confirmed Biden as the winner of the White House.

Trump is planning to address a rally called in protest at the certification, and he urged Pence to "reject fraudulently chosen electors" -- a move the vice president has no legal authority to make.

Bush called Biden on November 8, the day after US media called the election for the Democrat, to offer his "warm congratulations."

At the time he said Biden was "a good man, who has won his opportunity to lead and unify our country."

"The American people can have confidence that this election was fundamentally fair, its integrity will be upheld, and its outcome is clear," he added in a statement then.