Georgia on Saturday declared a nationwide state of emergency over the novel coronavirus pandemic, allowing the government to regulate prices for food and medicines if needed. 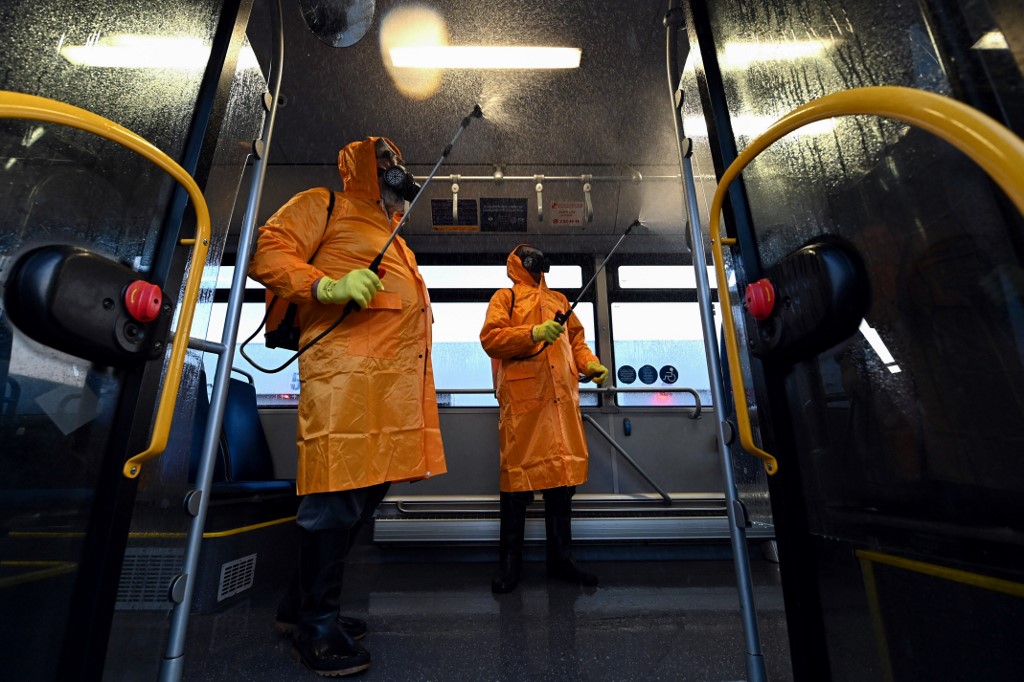 Men wearing protective gear spray disinfectant as part of preventive measures against the spread of the COVID-19 coronavirus, inside a bus at a terminal in Tbilisi on March 2, 2020. (Photo: AFP)

"The situation is grave and is expected to worsen," President Salome Zurabishvili said in a televised address to the nation, saying the state of emergency is effective immediately and will last for one month.

She praised her cabinet for successfully containing the pandemic but added that the time had come to prepare for a "second wave that will be acute."

The Black Sea nation of some 3.7 million people has so far reported 48 cases of COVID-19, while some 2,000 people are under quarantine.

"A number of rights guaranteed under the constitution will be limited during the state of emergency, including the rights of movement and assembly," Zurabishvili said.

She said however there would be no restrictions on freedom of expression and the media and that the government was not planning to impose a curfew.

Earlier on Saturday, Prime Minister Giorgi Gakharia said new measures under the state of emergency would include a ban on public gatherings of more than 10 people, and criminal liability for a repeat breach of quarantine.

He said the government would regulate prices on food and medicines in the case of shortages or "speculative price hikes."

Georgia's medical authorities have said the country's hospitals are coping with the current scale of the pandemic, but warned of an imminent "exponential increase" in new cases as the virus begins to circulate in communities.

They have also announced plans to launch "aggressive testing" of the population for the virus.