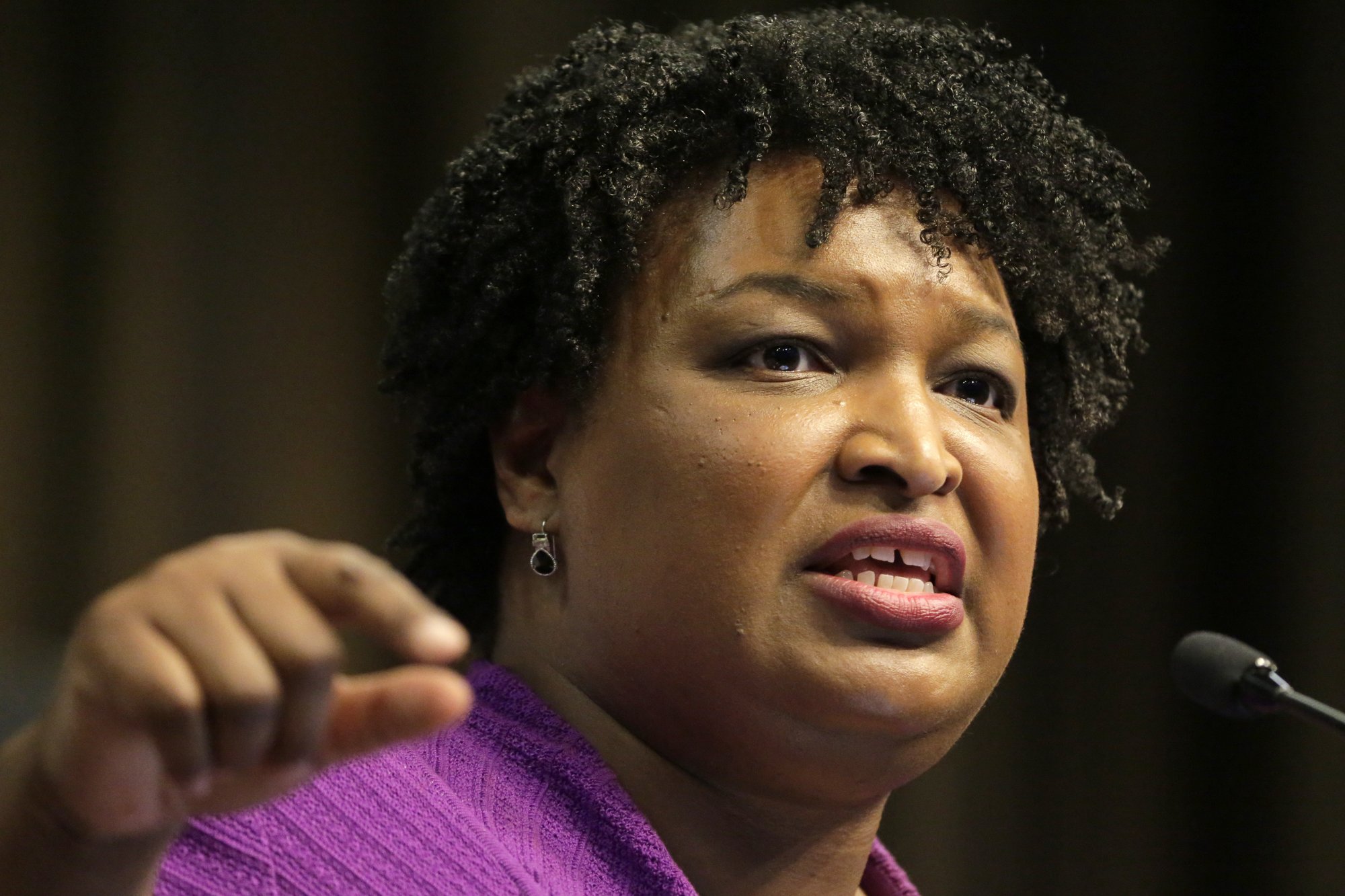 Georgia Democrat Stacey Abrams says she will not run for a US Senate seat in 2020, dimming her party’s hopes of a Senate majority and renewing speculation about her political future after last year’s unsuccessful run for governor catapulted her to national acclaim.

Abrams, 45, came within 60,000 votes of being the first black woman elected governor in US history. She told The Associated Press she hasn’t ruled out a presidential bid, though she’s in no rush to join a Democratic field that already includes 20 candidates .

“I’m going to continue to watch how the national conversation around the presidency unfolds,” Abrams said in an interview after she told Senate Minority Leader Chuck Schumer, her chief Senate advocate, of her plans. “I’m not taking myself out of that conversation, but I’m not ready to make a determination, and I don’t think one is necessary at this moment.”

Abrams said she was “deeply gratified” to Schumer for recruiting her to run for the Senate and giving her ample time to make a decision. A Senate seat, she said, is “an extraordinarily persuasive idea” and a “critical role” but “not the role that I want to play.”

For now, Abrams said her emphasis remains on two advocacy groups — one focused on voting rights, the other on educating residents ahead of the 2020 census — that she helped launch after her November loss to Republican Brian Kemp.

She also will consider a rematch against Kemp in 2022, and some of her confidants say that office still rests at the center of her near-term ambitions. Separately, Abrams has been floated as a potential vice-presidential pick for an eventual Democratic nominee, particularly if former Vice President Joe Biden, a 76-year-old white man, claims the nomination. The two met recently in Washington, but Abrams later downplayed the idea of teaming up, at least for now. “You don’t run for second place,” she said on ABC’s “The View.”

Abrams met Schumer on Monday in Washington, ending months of eager courting by the hard-charging New Yorker and leaving him to plot another uphill path to reversing Republicans 53-47 Senate advantage.

“He was extraordinarily gracious,” Abrams said.

Georgia is among a handful of states with Senate races where Democrats need an upset to have hopes of a new majority. Schumer has been open in his belief that Abrams would have the best shot to defeat Republican Sen. David Perdue, who in his first term has become one of President Donald Trump’s most loyal Capitol Hill allies.

Schumer also is looking to Montana and Texas for unlikely but possible victories. But as with Abrams, he has not yet landed headliner candidates. Democrats in Washington want Gov. Steve Bullock to take on Republican Sen. Steve Daines, but Bullock, twice elected governor in a state Trump won, is eying a presidential run instead.

Beyond Senate implications, national Democrats had hoped an Abrams candidacy would fuel turnout among young and nonwhite voters to help the party’s presidential nominee in an emerging battleground state. Trump won Georgia by 5 percentage points in 2016 but fell short of a majority.

Schumer began his Georgia recruiting effort by inviting Abrams to deliver Democrats’ response to Trump’s State of the Union address in February, making her the first black woman to give an opposition response and further elevating her status in the party despite her loss.

“I began with skepticism,” Abrams said of her deliberations, influenced in part by the years she spent leading the Democratic minority in Georgia’s General Assembly.

Abrams said she could envision “the best day and the worst day” in a chamber known for its slow pace and increasingly bitter partisanship.

Republicans crowed Tuesday over Abrams’ decision — and Schumer’s miss. Jesse Hunt, a spokesman for the Senate GOP’s campaign arm, called it Schumer’s “most embarrassing recruiting fail of the cycle” and leaving “second-tier candidates” to choose from.

“Stacey and Georgia Democrats laid a strong foundation for 2020, and Senator Perdue will be held accountable for driving up health care costs, giving big corporations and millionaires like himself a tax break, and putting the president ahead of what’s right,” said Stewart Boss, a spokesman for Senate Democrats’ campaign operation.

Democrats’ next Georgia option may be Teresa Tomlinson, the former mayor of Columbus, the state’s second largest city. Tomlinson has made clear she would seek the seat if Abrams did not. Sarah Riggs Amico, who ran unsuccessfully for lieutenant governor last year, also is said to be considering a bid.

Tomlinson has been building ties with donors and activists around the state for several years, and Amico traveled the state in her 2018 campaign. But neither has the in-state organization, name identification or the national fundraising base that Abrams would have brought to the race.

Abrams said she will work to build Democrats’ field operation for whoever challenges Perdue, but said she doesn’t plan to make any primary endorsement.