Almost 640 flights were cancelled in Germany Thursday as security staff went on strike at three airports, meaning disruption for around 100,000 passengers. 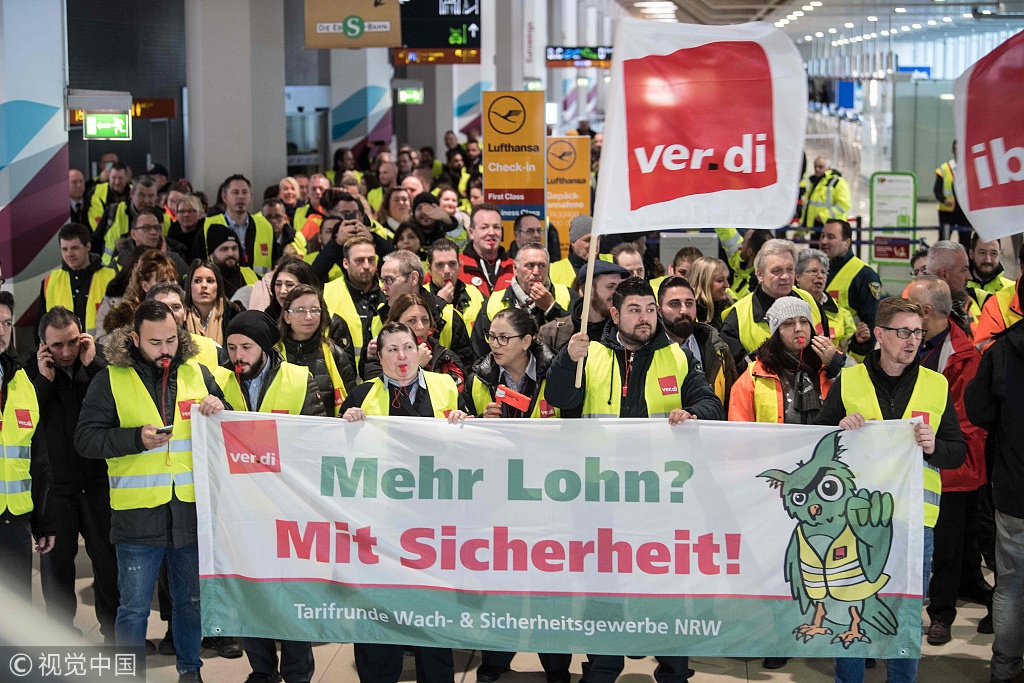 Members of Germany's Verdi union hold a banner reading "more pay? With security (certainty)" at a terminal during a one-day strike by security staff at Cologne's airport on January 10, 2019. (Photos: VCG)

The number of flights blocked was more than half the 1,050 scheduled for Duesseldorf, Cologne-Bonn and Stuttgart.

Duesseldorf -- the country's third-largest airport -- said in a statement that 370 of Thursday's 580 planned departures had to be cancelled. 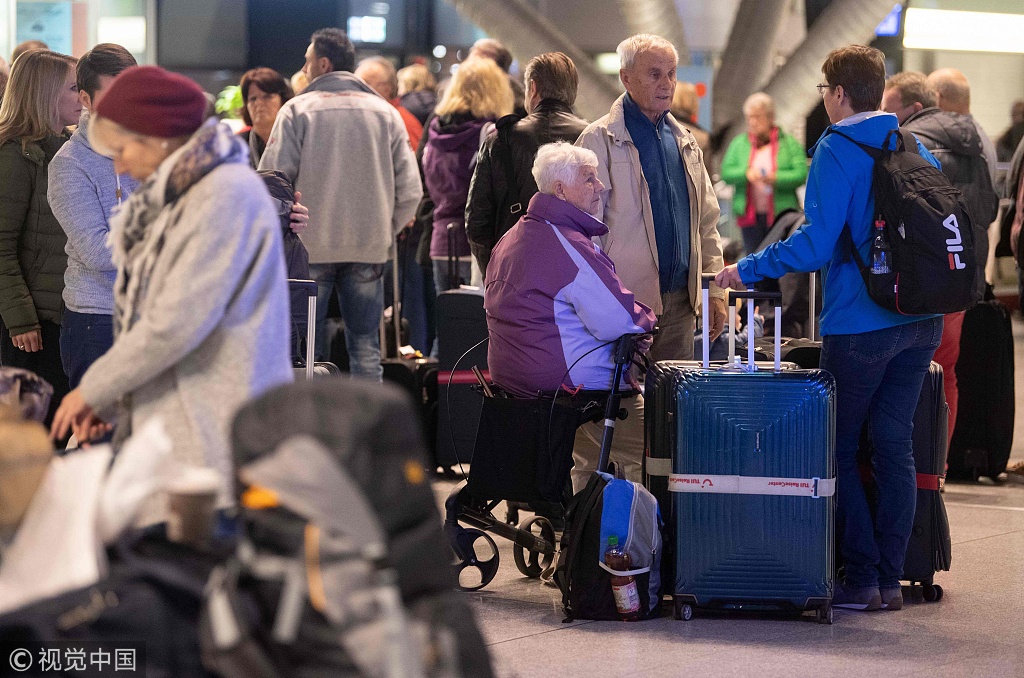 Travellers wait for after flight cancellations during a one-day strike by security staff at Stuttgart's airport on January 10, 2019.

At Cologne-Bonn, where 131 of almost 200 flights were cancelled, union Verdi told DPA the security strike was also slowing freight handling.

The knock-on effects of the walkout also triggered flight cancellations at Munich airport, which is already grappling with disruptions caused by inclement weather.

Representing 23,000 airport security staff across Germany, Verdi is demanding a pay increase to 20 euros ($23.08) per hour. 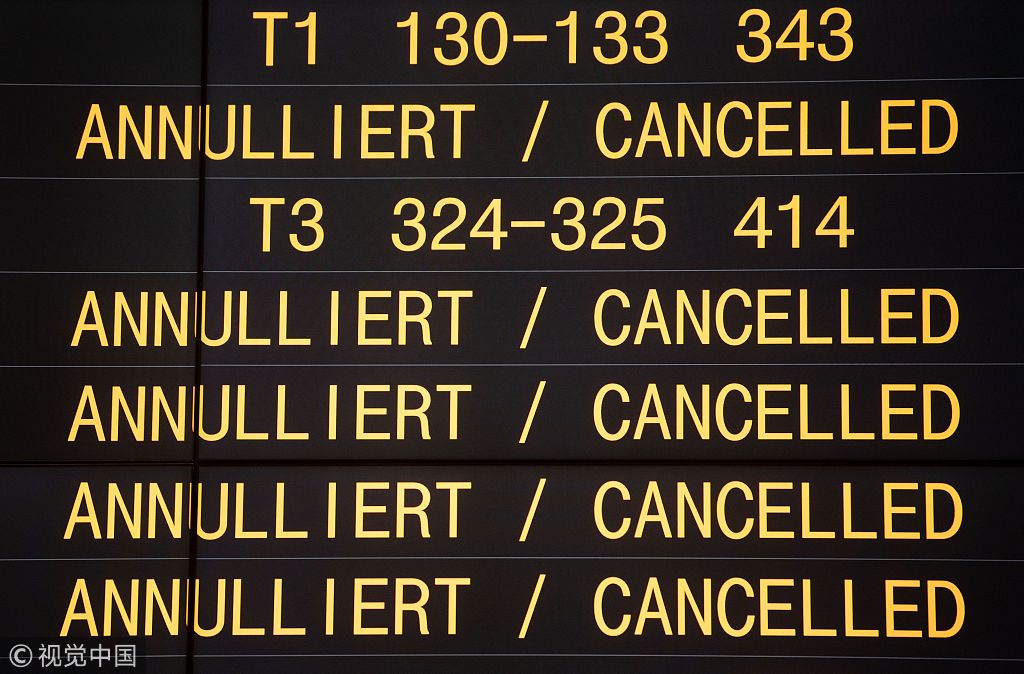 A board displays cancelled flights during a one-day strike by security staff at Stuttgart's airport on January 10, 2019.

Wages currently vary nationwide, with workers in some airports in eastern Germany earning around 14 euros hourly, compared with just over 17 euros for their peers in the capital and western parts of the country.

Employers' association BDLS meanwhile is offering increases of between two and 6.4 percent.

The next round of Verdi and BDLS negotiations will take place on January 23.