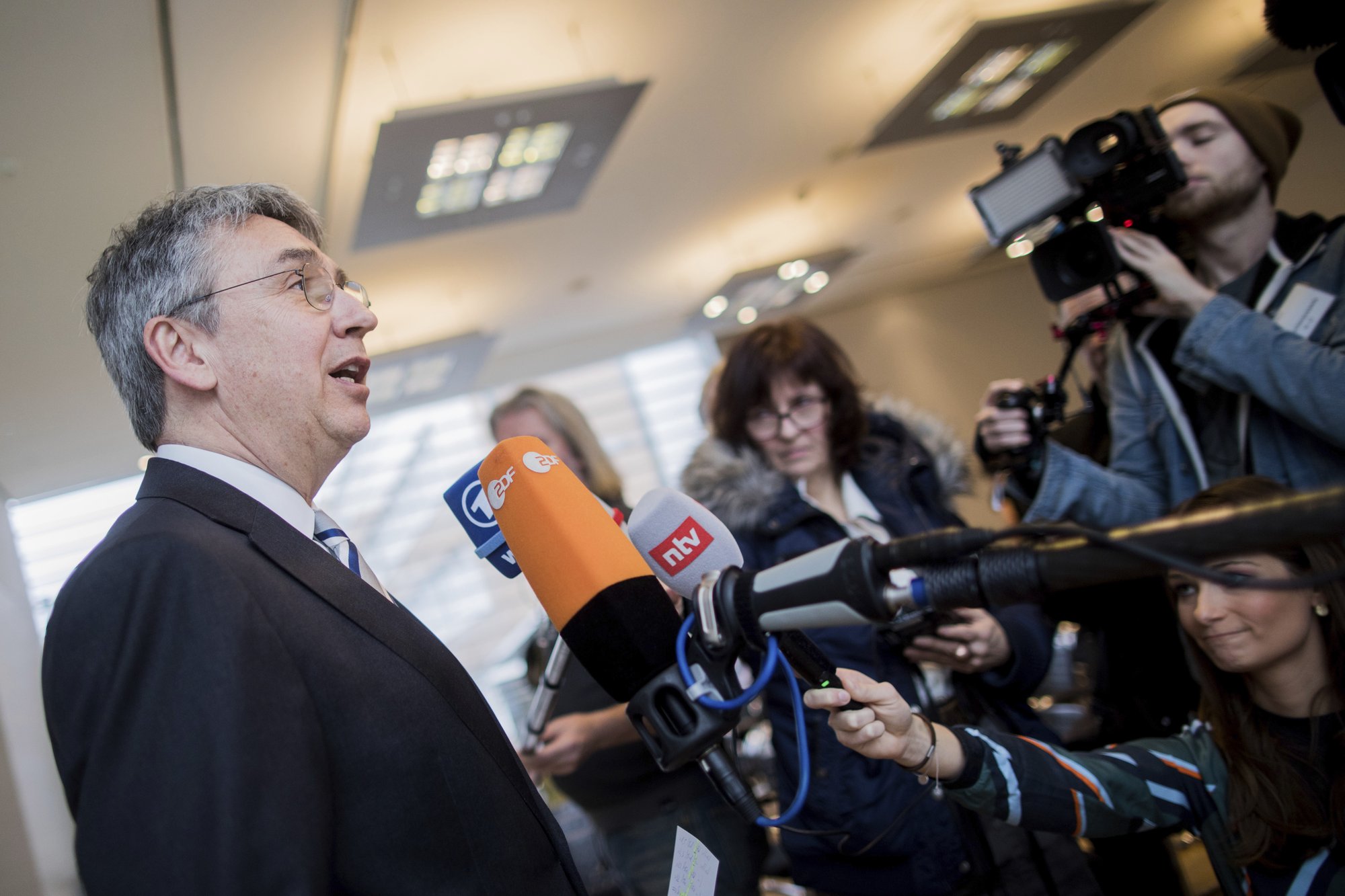 President of the German antitrust authority 'Bundeskartellamt' Andreas Mundt talks to the media at a press conference about Facebook. (Photo: AP)

"In future, Facebook will no longer be allowed to force its users to agree to the practically unrestricted collection and assigning of non-Facebook data to their Facebook user accounts," Andreas Mundt, President of the Bundeskartellamt, commented.

In case of Facebook-owned services, the collected data must remain with the respective service and cannot be processed in combination with Facebook data where consent is not given, the Bundeskartellamt announced.

Without voluntary users' consent, the combination of Facebook data with third party websites will be severely restricted. Facebook is to develop proposals for solutions to this effect, it said.

The Bundeskartellamt argued that Facebook had "dominant position in the German market for social networks". With 23 million daily active users, Facebook has a market share of more than 95 percent of daily active users in Germany "that would very likely be indicative of a monopolisation process."

"As a dominant company, Facebook is subject to special obligations under competition law," Mundt said, demanding that the company "must take into account that Facebook users practically cannot switch to other social networks."

The decision is not yet final and Facebook has one month to appeal to the Duesseldorf Higher Regional Court, according to the Bundeskartellamt.

Facebook is not sharing the view by the Bundeskartellamt and announced to appeal against the decision in a statement.

According to the statement, the German antitrust authority was "underestimating the strong competition that we are facing in Germany." Also, Facebook was following the new European law for data protection (GDPR) and the decision by the Bundeskartellamt was undermining efforts to implement consistent standards across the European Union.