BERLIN, June 4 (Xinhua) -- The Archbishop of Munich and Freising, Cardinal Reinhard Marx, offered his resignation to Pope Francis over failure to deal with sexual abuse in the Catholic Church in Germany, according to a statement published by the archdiocese on Friday. 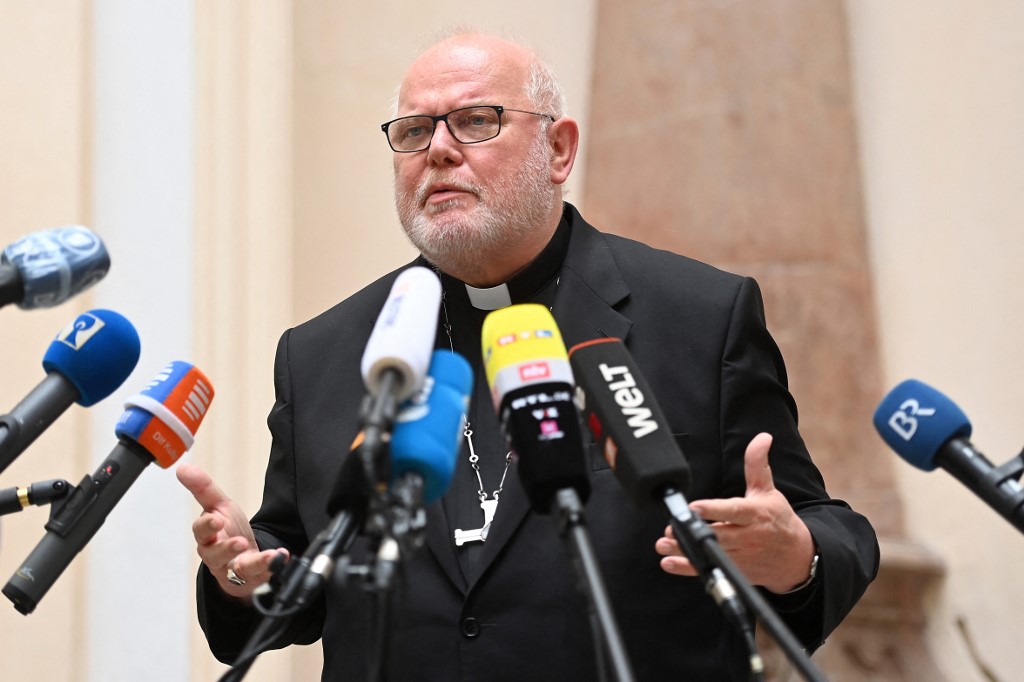 Cardinal Reinhard Marx, Archbishop of Munich and Freising, addresses a press conference in Munich, southern Germany, on June 4, 2021, after he had offered Pope Francis his resignation over the church's "institutional and systemic failure" in its handling of child sex abuse scandals. (Photo: AFP)

"In essence, it is important to me to share the responsibility for the catastrophe of the sexual abuse by Church officials over the past decades," Marx wrote in a letter dated May 21 to the Pope.

The investigations and expert reports of the past ten years had consistently shown that there were "many personal failures and administrative mistakes," but "also institutional or systemic failure," the letter said.

According to the archdiocese's statement, Pope Francis had asked that the German cardinal should continue to serve in his episcopal ministry until a decision was made.

In mid-March, an independent report commissioned by the Cologne archdiocese on sexual abuse scandals within the Catholic Church and the Church officials' handling of those cases was published.

The investigation uncovered 314 victims of sexual violence, more than half of them under the age of 14, and 202 alleged perpetrators within the Church between 1975 and 2018, according to Bjoern Gercke, an attorney in criminal law from Cologne and co-author of the report.