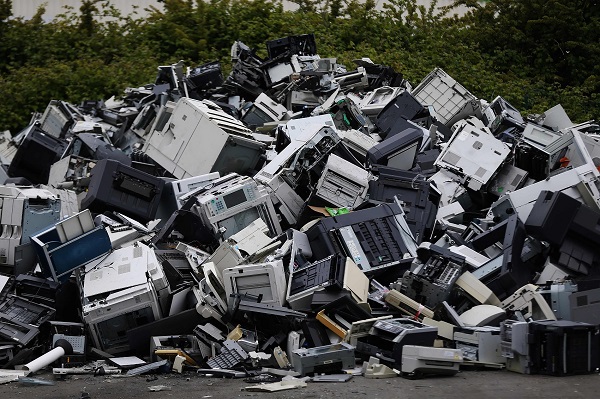 Krautzberger emphasized that many of these devices offered a "real treasure chest of reusable resources" but could also contained dangerous components which could cause serious harm to the environment unless recycled properly. According to her agency, Germans purchase nearly 2 million tons of new electronic devices each year.

The UBA president's statement was made on the official opening day of the European Week for Waste Reduction (EWWR), an annual initiative launched by the European Commission to promote awareness about sustainable resource and waste management.

In 2018, a focus of the EWWR will be placed on problematic forms of waste which require appropriate disposal strategies to prevent risks to humans and the environment.

Germany narrowly failed to meet the European Union (EU)-wide collection quota of 45 percent for electronic waste in 2016, the latest measurement year for which the UBA produced data on Monday.

As of 2019, the EU quota for electronic waste collection will rise further to 65 percent, meaning that the bloc's largest economy would have to collect an additional 350,000 tons per year to ensure compliance with the regulation.

In order to meet this ambitious target, the UBA called for easier redemption of old devices for consumers. The agency argued that it was necessary for recycling centers to be easy to reach and have "needs-oriented opening times". Additionally, consumers should receive more information about the possibilities for them return electronics waste to retail outlets where they were originally purchased.

UBA cited a consumer survey in which most respondents indicated that they got rid of their electronics waste either by bringing it to a recycling center, having it collected upon delivery of a new device, or having it collected by a communal service. By contrast, only every 10th device was returned to retailers although large shops and online retailers have already been required to accept waste returns under German law since 2016.