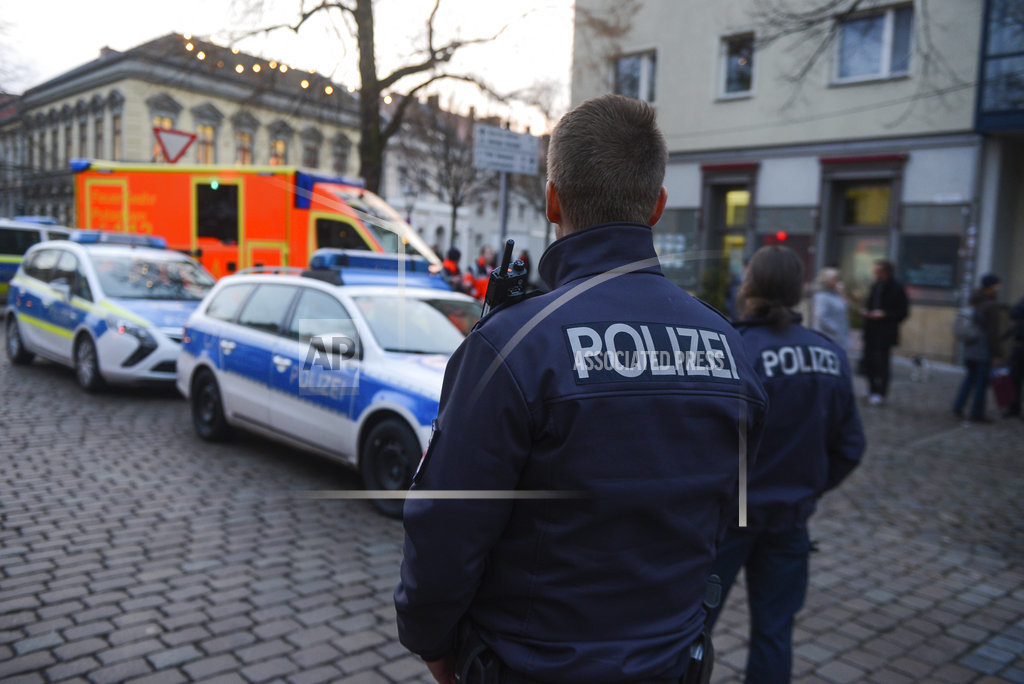 Police close the streets around a Christmas market after a suspicious object was found in Potsdam, eastern Germany, Friday, Dec. 1, 2017. ( Julian Staehle/dpa via AP)

BERLIN (AP) — German police said Saturday it appeared doubtful that a suspicious package containing nails that led to a bomb scare in a city near Berlin was targeted at a Christmas market.

The package was delivered Friday to a pharmacy on the same street as the market in downtown Potsdam. Officers destroyed the suspicious package, which contained nails and an unidentified powder, in a controlled explosion. Police said the package didn't appear to be a viable device.

"According to evidence so far, our investigators think it is rather unlikely that the Christmas market was the target," Potsdam police tweeted, adding they are continuing the search for the sender of the package.

They didn't release any further details.

The popular market reopened Saturday morning with increased police presence. Visitors strolled past the stands, which offered hot mulled wine, roasted nuts and grilled sausages and didn't seem to be bothered by the previous day's scare.

Christmas markets are extremely popular in Germany and have increased security this year following the deadly truck attack at a market in downtown Berlin last December.

In that case, a Tunisian man hijacked a truck and drove it into a crowded market, killing 12 people in an attack that was later claimed by the Islamic State group. The suspect, Anis Amri, fled to Italy after the Dec. 19 attack and died in a shootout with police near Milan on Dec. 23, 2016.