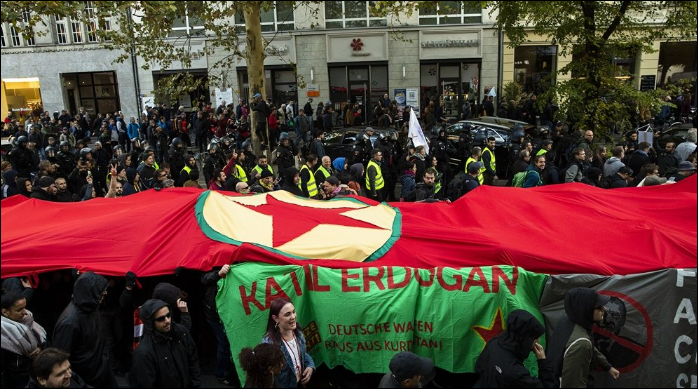 Turkish President Recep Tayyip Erdogan is scheduled to open one of Europe's largest mosques in Cologne on Saturday as he concludes his visit to Germany, with police deploying in force amid planned protests.

The inauguration will be the closing event of Erdogan's three-day state visit, aimed at repairing frayed ties with Germany after two years of tensions.

In his talks with German Chancellor Angela Merkel on Friday, both leaders signaled their interest in a cautious rapprochement, but Merkel stressed that "deep differences" remained on civil rights and other issues.

Some 10,000 Erdogan critics are expected to take to the streets in Cologne, while his supporters will gather at the Cologne Central Mosque.

Cologne police said that they were bracing for one of their biggest ever deployments, and that a maximum of 5,000 people would be allowed to attend the opening ceremony for safety reasons.

The Cologne branch of the Turkish-Islamic Union of the Institute for Religion (DITIB) said on its Facebook page that it wanted the ceremony to be a "beautiful" example of both communities coming together, and asked attendees to refrain from bringing political banners or shouting slogans.

Erdogan's visit on Saturday takes him to North Rhine-Westphalia state, which is home to significant numbers of ethnic Turks, and many of them moved to Germany as so-called "guest workers" in the 1960s.

Several anti-Erdogan demonstrations are planned in Cologne on Saturday, including one under the banner "Erdogan Not Welcome."

They are expected to gather a few kilometers away from the neighborhood of the mosque.

The giant Cologne Central Mosque opened its doors in 2017 after eight years of construction and budget overruns. It can house over a thousand worshipers.