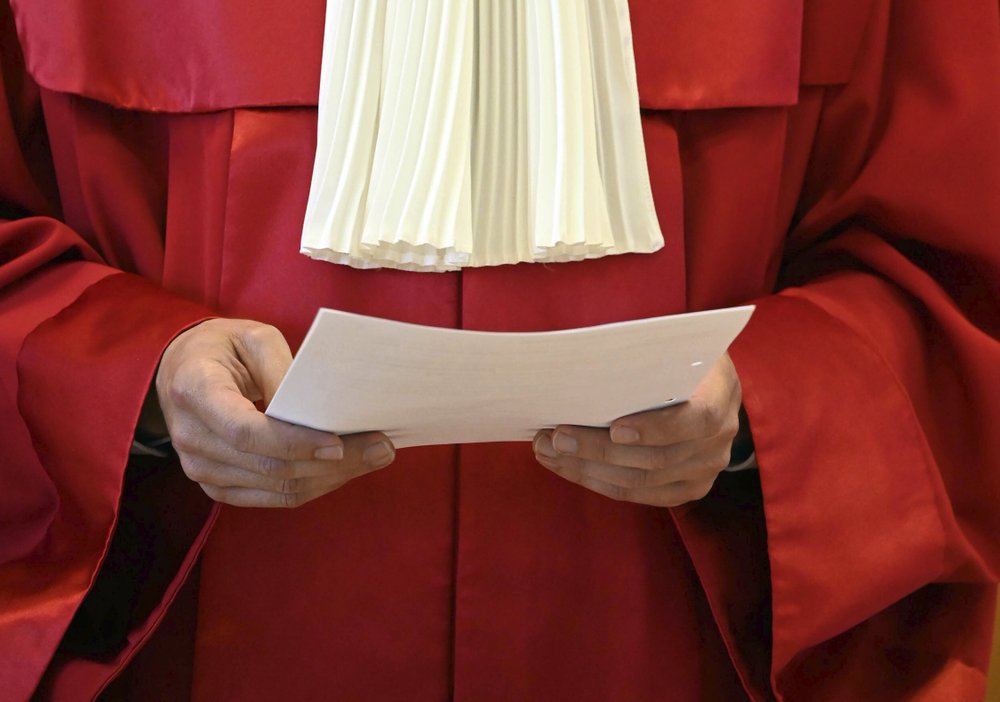 Stephan Harbarth, Chairman of the Senate at the Federal Constitutional Court and President of the Court, holds a document as he announces the ruling on the BND's powers of surveillance abroad at the court in Karlsruhe, Germany, Tuesday, May 19, 2020. Germany's highest court has ruled that regulations allowing Germany’s foreign intelligence service to monitor the communications of reporters working abroad and others violate the country’s constitution and must be changed. (Photo: AP)

Regulations allowing Germany’s foreign intelligence service to monitor the communications of reporters working abroad and others violate the country’s constitution and must be changed, Germany’s highest court ruled Tuesday, deciding in favor of journalists’ rights group Reporters Without Borders and others.

The complaint against the foreign intelligence service, the BND, came after a law was changed allowing the agency, starting in 2017, to collect and evaluate communications from foreigners abroad without having to provide legal justification.

In the complaint, Reporters Without Borders, Germany’s GFF civil rights association, as well as several journalists and others argued that blanket telecommunications surveillance meant that German reporters, and others, working with colleagues in other countries could also be spied upon, in violation of the constitution.

The Federal Constitutional Court in Karlsruhe agreed, ruling that the law must be redrawn by the end of 2021 at the latest, saying it was a violation both of Germany’s telecommunication privacy regulations and its protections of the freedom of the press.

“The protection of fundamental rights against German state authority is not limited to German territory,” the court said in a press release after the ruling.

The regulations were initially passed after Germany’s involvement in surveillance abroad was revealed in leaks from former U.S. intelligence contractor Edward Snowdon.

But Christian Mihr, the director of Germany’s chapter of Reporters Without Borders, said “instead of setting clear barriers to international intelligence, the federal government simply wanted to legalize the general overseas surveillance.”

He called the court ruling a “great success.”

“The Federal Constitutional Court has, once again, underlined the importance of the freedom of the press,” he said in a statement.

Snowden, who remains in exile in Russia, called the German court’s ruling “an important step into the right direction.”

In a statement issued via the Berlin-based European Center for Constitutional and Human Rights, Snowden said he hoped the decision would set an example to other states and lead to the development of international standards banning systems of mass surveillance.