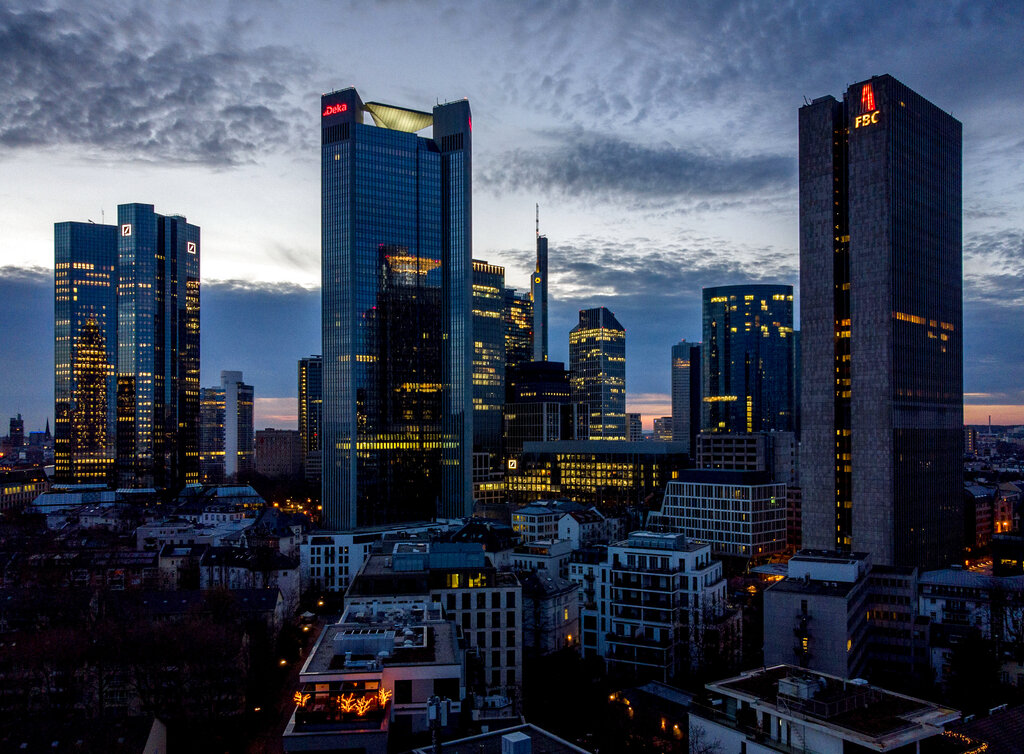 In this Monday, March 29, 2021 file photo, lights burn in some offices of the buildings of the banking district in Frankfurt, Germany. (Photo: AP)

Germany is set to narrowly escape a recession this year, the government said Wednesday, as Europe's biggest economy weathers the fallout from the Ukraine crisis better than expected.

Industrial powerhouse Germany is forecast to eke out growth of 0.2 percent in 2023, the economy ministry said in the country's latest projections.

In October, when fears were running high about soaring energy costs in the wake of the Russia-Ukraine conflict, Berlin was bracing for a contraction of 0.4 percent in 2023.

The more optimistic outlook comes as massive government intervention has helped keep the lid on energy costs for households and businesses after Russia cut deliveries of natural gas last year.

As well as crisscrossing the globe to find alternative suppliers, the German government has unveiled a 200-billion-euro ($212 billion) support package to cushion the energy crisis, including a cap on electricity and gas prices.

Mild winter weather and falling wholesale gas prices recently have further bolstered confidence that the expected downturn will not be as painful as initially thought.

"The German economy as a whole has proved resilient," the ministry said in an annual report. "Consumers have also done their part by making major energy savings."