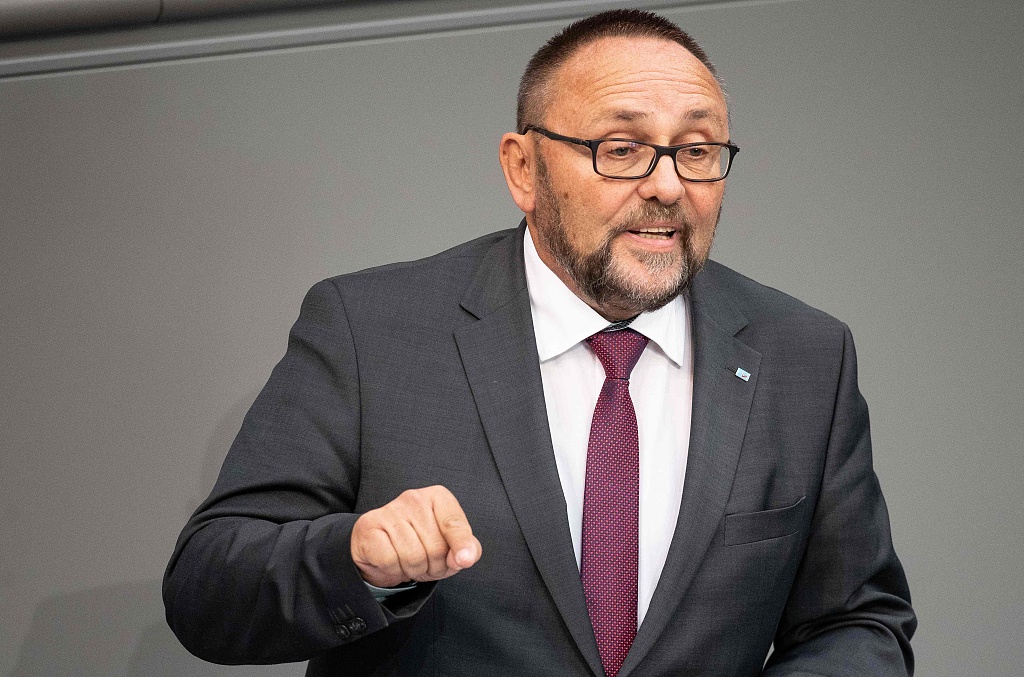 A far-right German MP was seriously injured in a "politically motivated" gang attack in the north of the country, police said Tuesday.

Frank Magnitz, leader in Bremen of the anti-immigration populist party Alternative for Germany (AfD), was assaulted in the city centre on Monday afternoon.

"Given the victim's work, we believe that this is a politically motivated act," police said.

The AfD party published a photo of Magnitz unconscious on a hospital bed, his face bleeding and swollen with a gash on his forehead.

It said three masked men had carried out the attack.

"They hit him with a piece of wood until he was unconscious and then kicked him on the ground," a statement from the party said, adding that a construction worker had intervened to stop the assault.

"Today is a dark day for democracy in Germany."

AfD leader Joerg Meuthen tweeted that Magnitz was "beaten almost to death" in a "cowardly and sickening" attack.

Johannes Kahrs, an MP from the Social Democrats, junior partners in the ruling coalition, said "violence is never acceptable" and that "extremism in any form is rubbish". He wished Magnitz a quick recovery.

Cem Ozdemir of the opposition Greens party said he hoped those responsible could be "found and convicted soon" and that, even against a far-right party, "nothing justifies violence".

"Those who fight hate with hate only allow hate to win in the end," said the politician of Turkish origin.

Last week, an explosive device detonated in a rubbish bin damaged an AfD office in Saxony. Three suspects were detained.

And last weekend in Lower Saxony, the home of a local AfD politician was targeted with graffiti and a party office was attacked with a paint bomb.

The AfD entered Germany's parliament with almost 13 percent of the vote in September 2017, making it the strongest opposition party in the Bundestag lower house.

The party is expected to make gains in European elections in May and three regional polls in the former communist east later this year.