BERLIN, April 14 (Xinhua) -- In the fight against the coronavirus, German Foreign Minister Heiko Maas spoke out in favor of a uniform mobile phone app across the European Union on Tuesday.

"It is important that we do not end up with a patchwork quilt of 27 corona apps and 27 data protection regimes, but that we proceed as coordinated as possible," Maas told the Funke Mediengruppe, Germany's third-largest newspaper and magazine.

With such a uniform app, people in Europe could "make a contribution to quickly and permanently remove travel restrictions and border controls in the EU," said Maas. Such a voluntary app would be an important part of the exit strategy from the current coronavirus restriction measures.

"The technology can help notify contact persons in seconds and interrupt chains of infection," said Maas. The data for the COVID-19 tracing app could be submitted without disclosing individual personal data.

A recent survey by Civey on Monday found that more than 56 percent of Germans would voluntarily use a tracing app in the fight against the new coronavirus.

One in four Germans, however, categorically ruled out using such a tracing app, according to the survey. The biggest concerns among Germans were potential surveillance even after the coronavirus crisis, as well as data abuse and concerns about privacy violations.

"I expect that we will actually have the first app live between April 15 and 19," said Chris Boos of the PEPP-PT project, in an interview with the German Press Agency (dpa) last week. 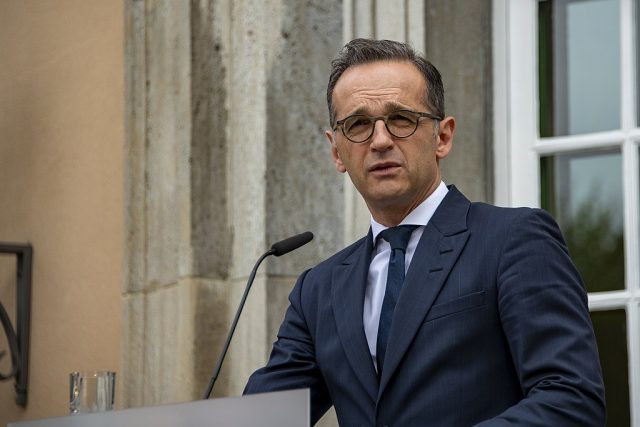