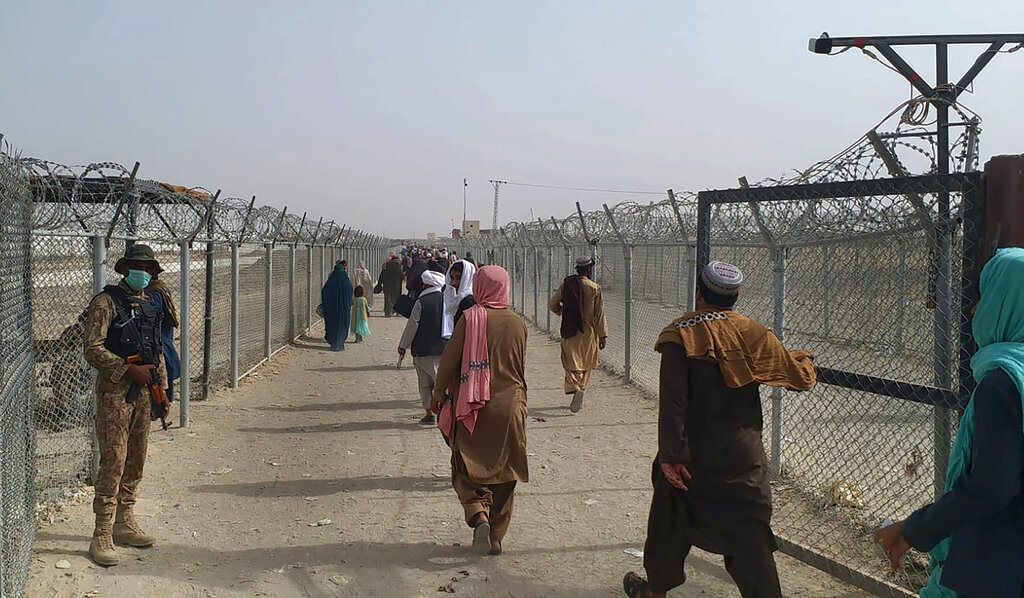 Chancellor Angela Merkel's government is planning to deploy soldiers to Afghanistan to help with the evacuation of German nationals and Afghans in danger from the Taliban, parliamentary sources said Monday.

The government will seek a mandate from parliament to allow the deployment of as many as "several hundred soldiers", the sources told AFP, citing a briefing by Merkel to leaders of parliamentary groups late Sunday.

"An 'air bridge' is to be set up from Kabul, to allow the evacuation of local staff, particularly vulnerable women, human rights activists and other employees from non-governmental organisations, for as long as that is possible," said a source.

Consultations with the United States suggest it may be possible to run the evacuation operation until August 31, but Berlin may end the deployment earlier, said the sources.

Germany had already begun ferrying out staff from its embassy on Sunday, after moving them to safety at a military section of Kabul airport.

The first German military aircraft left on Sunday night for the Afghan capital to help with the evacuation.

The military will fly passengers to an unnamed neighbouring country where they will then be put on civilian flights to Germany.

Germany had withdrawn its last troops by the end of June after almost two decades in the country as part of a NATO mission.

The 150,000 people sent by Germany at various points over the years made it the second biggest contributor of NATO troops there, after the United States.

Critics of Merkel's government had however said it had failed to get Afghans who worked for the German military out of the country quickly enough.