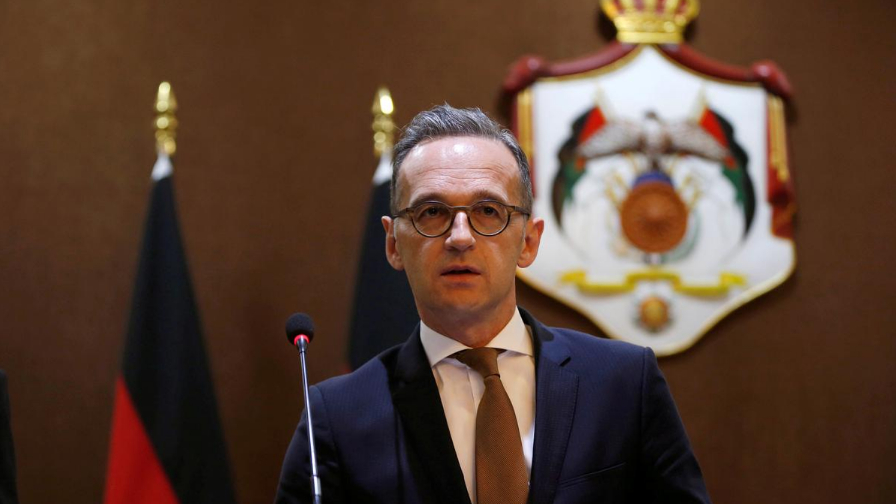 BERLIN, Aug. 27 (Xinhua) -- German Foreign Minister Heiko Maas has offered his country's financial and technical support to Brazil in the fight against the fires raging in the Brazilian rainforest, Maas announced at the Ambassadors' Conference at the German Foreign Office on Tuesday.

Brazil has committed itself to combating deforestation and "the fires show in a dramatic way how urgently this is necessary," Maas noted.

He affirmed that environmental and climate policies were of central importance in the evaluation of the new trade agreement between the European Union (EU) and the South American economic alliance Mercosur.

"We must not stand idly by and watch as devastating fires destroy the world's green lungs," emphasized the German foreign minister.

At the G7 summit in Biarritz, France, German Chancellor Angela Merkel had announced her intention to support reforesting efforts in the South American countries affected by the fires in the Amazon rainforest.

"A long commitment will follow," Merkel promised, emphasizing that "the lung of our whole Earth is affected, and so we must find common solutions".

According to Brazil's National Institute for Space Research (INPE), there have been 74,155 fires in Brazil since the beginning of the year, most of which erupted in Amazon.

This figure is around 84 percent higher than in the previous year and the highest since records began in 2013, INPE noted.

Previously, German Green Party leader Robert Habeck had called on the German government and the EU to exert economic pressure on Brazil.

"Germany and Europe must not stand idly by and watch. They must stop the Mercosur agreement and thus increase the pressure on Brazil," Habeck told German newspaper Berliner Morgenpost.

German Minister for Development Gerd Mueller had warned against political overreaction, telling the Berliner Morgen Post that "we will not save the rainforest if we tear down the bridges to the Brazilian government and give up the Amazon Fund".

The Amazon Fund was designed to help Brazil protect the rainforest, with Norway as the main donor. Germany and Norway had stopped payments to the fund in mid-August.

Abandoning the Amazon Fund "does not help anyone, not the indigenous people, not the rainforest and not climate protection," Mueller warned.