WORLD German forge ahead with talks on new coalition government

German forge ahead with talks on new coalition government 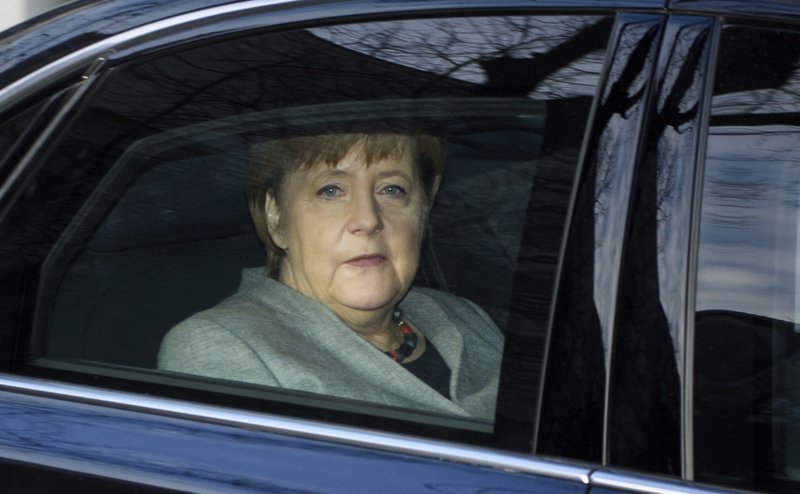 The prospective partners in Germany’s new government forged ahead Monday with their push to nail down a coalition deal, but it seemed increasingly likely they would need more time to clinch an agreement.

Chancellor Angela Merkel’s conservative Union bloc and the center-left Social Democrats originally set a Sunday deadline to wrap up talks on extending their alliance of the past four years, but budgeted two extra days as a precaution when formal negotiations started Jan. 26.

Social Democrat leader Martin Schulz tweeted late in the afternoon that the sides had agreed upon measures to strengthen Europe, including more investment and greater resources to fight youth unemployment.

“We have now the real chance to improve Europe,” he tweeted. “We should take this opportunity.”

Still on the table, however, were two points that are important to the Social Democrats: curbing the use of temporary work contracts and trying to narrow differences between Germany’s public and private health insurance systems.

“I assume that we can get this finally done today,” Volker Bouffier, a deputy leader of Merkel’s Christian Democratic Union, told reporters as he arrived for the talks. “I’m not certain, but confident. We may need until early tomorrow.”

Germany’s effort to put together a governing coalition after its Sept. 24 election is already its longest since World War II.

It won’t finish with these talks. A deal will have to be approved in a ballot of the Social Democrats’ members, many of whom are skeptical after a disastrous election result. That process will take a few weeks.

Merkel’s attempt to put together a government with two smaller parties collapsed in November. Schulz, who had previously ruled out renewing the “grand coalition” of Germany’s biggest parties, then reversed course.

Failure to reach an agreement, or a deal’s rejection by Social Democrat members, would leave a minority government under Merkel or a new election as the only viable governing options.