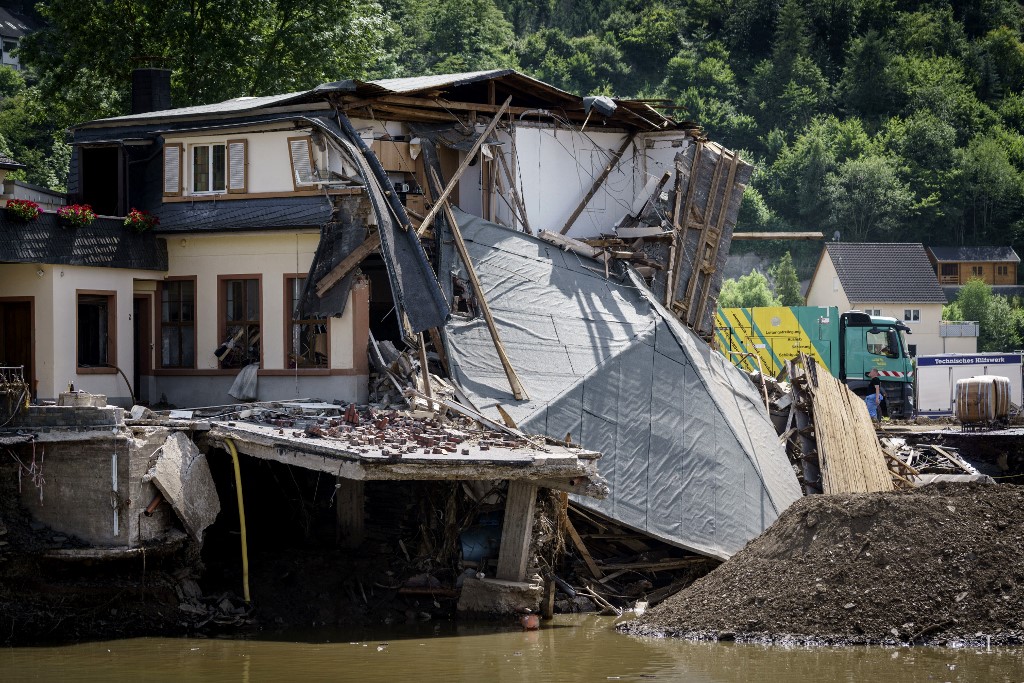 A photo taken on July 30, 2021 shows a destroyed building during ongoing clearing work in the wine village of Rech near Dernau on the river Ahr, western Germany, weeks after heavy rain and floods caused major damage in the Ahr region. (File photo: AFP)

The rapid repair of the damage and reconstruction of the destroyed infrastructure were an "immense effort in view of the destruction in the regions affected by heavy rain and flooding," said Olaf Scholz, minister of finance, describing the aid fund as "solidarity in action."

More than half of the amount, 16 billion euros (18.7 billion dollars), will be paid before the end of this year, according to the ministries. A corresponding draft is scheduled to pass the Bundestag next week.

The German government also launched a so-called cell broadcast on Wednesday. According to the Ministry of the Interior, the technology enables warnings to be sent simply, quickly and precisely to all cell phones in a specific area in the event of emergencies and natural disasters.

"Warning the population has to work, on all channels," said Minister of the Interior Horst Seehofer, adding that cell broadcast supplemented sirens, apps and radio as warning tools.

"If you are woken up at night, you need to know immediately what has happened and how to act," he added.