The German government on Wednesday slashed its 2019 economic growth forecast for the country for the second time this year, halving its outlook to a meager 0.5%. 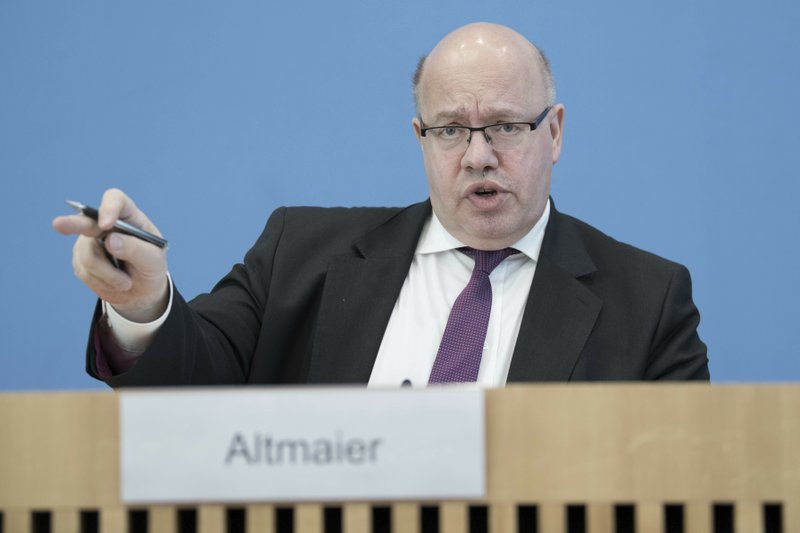 The update came less than three months after the government cut its forecast to 1% from 1.8% in late January.

Weaker growth elsewhere as a result of global trade tensions and uncertainty over Britain's exit from the European Union has weighed on Germany's prospects — along with the after-effects of its own weak performance at the end of last year, when output was dragged down largely by one-time factors related to new car emissions standards.

Altmaier said growth should perk up in this year's second half, pointing to solid domestic demand, booming construction and expectations that the global economy will pick up. He also noted receding prospects of a chaotic no-deal Brexit and the possibility of Britain leaving the EU on softer terms than it originally envisioned after the deadline for its EU withdrawal was put back to Oct. 31.

Germany has Europe's biggest economy and is one of the world's biggest exporters.

The government's economic outlook "is at the lower end of the forecast spectrum" in keeping with its tradition and, as it now stands, has a good chance of being reflected in reality, Altmaier said.

He rejected talk of a stimulus program for the economy, echoing comments this week by spokespeople for Chancellor Angela Merkel and Finance Minister Olaf Scholz.

However, he said the government should "consider a moratorium on new measures that lead to burdens for business" until the economy "has again reached a clear path of growth."

Altmaier wouldn't specify what measures he meant ahead of discussions with colleagues in the often-fractious governing coalition of Merkel's conservative bloc and the center-left Social Democrats.

The Federation of German Industries, an influential business lobby group, called for the government to provide incentives for investment in climate protection and to embark on a tax reform.