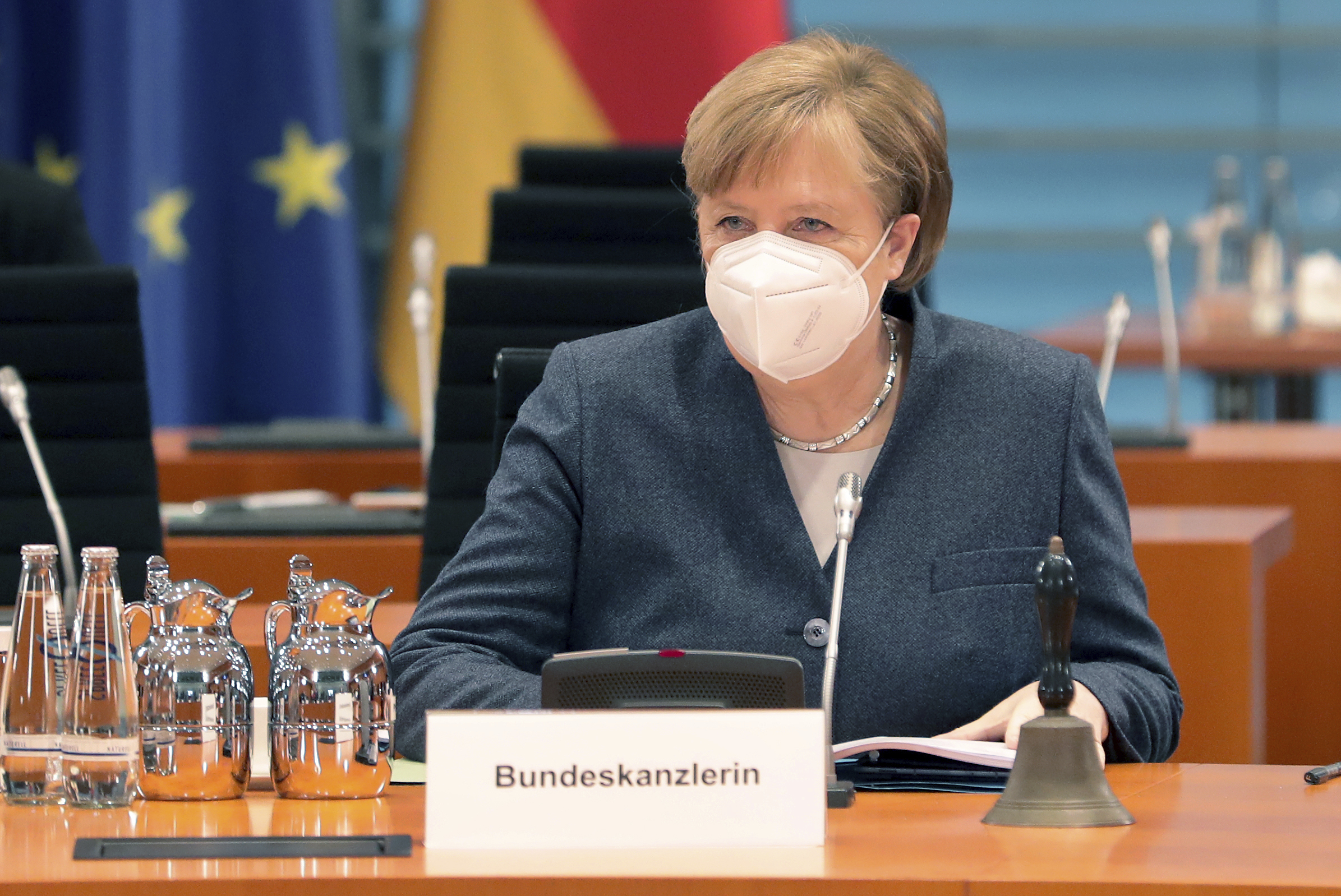 German Chancellor Angela Merkel has taken seat to lead the weekly cabinet meeting at the Chancellery in Berlin, Germany, on February 3, 2021. (Photo: AFP)

Germany's governing parties have agreed on more help for families with children and people on benefits, as well as tax help for companies, as they try to keep Europe's biggest economy on course to grow out of the pandemic.

Companies that have suffered losses because of the pandemic will be given greater scope to offset those losses against profits from previous years in their tax returns. And a cut in sales tax on food in restaurants and cafes, from 19% to the reduced rate of 7%, will be extended from the end of June to the end of next year. A program to help cultural facilities will be extended.

Restaurants, cafes and bars have been closed, except for takeouts and deliveries, since early November as part of a lockdown that was expanded in mid-December and is still in force. Its current expiry date is Feb. 14.

Merkel and state governors will confer next week to decide what, if any, restrictions can be loosened. New infections have decreased considerably in recent weeks, but they're still above the government's target.

The cost of the new aid measures is estimated at some 7.5 billion euros. Germany last year put together huge aid and stimulus programs — including an across-the-board cut in sales tax in the second half of 2020, which expired as planned on Dec. 31 and whose effectiveness has been questioned.