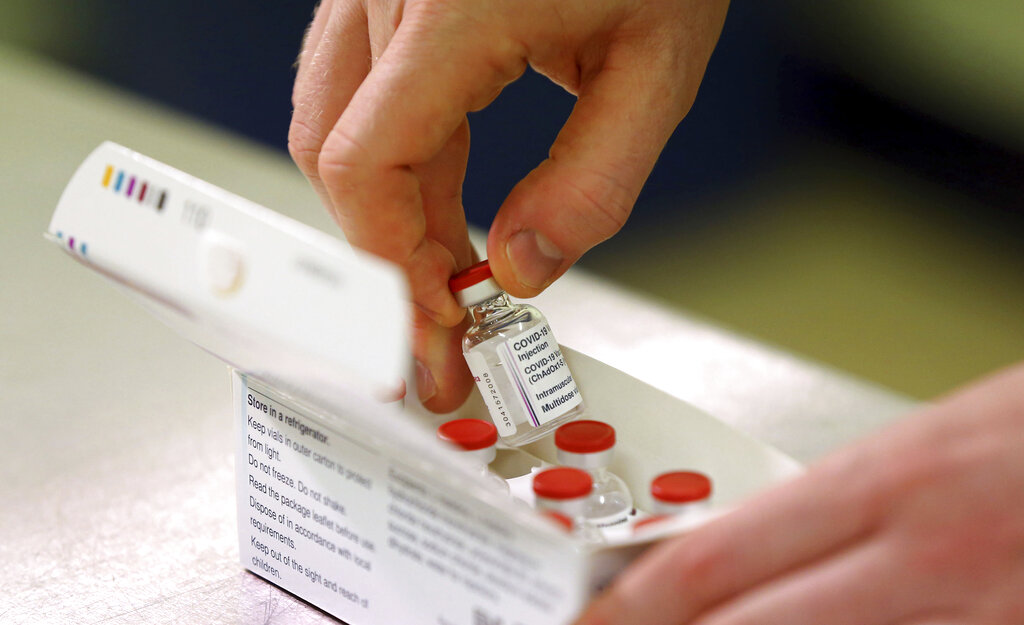 Doses of the COVID-19 vaccine developed by Oxford University and U.K.-based drugmaker AstraZeneca are checked as they arrive at the Princess Royal Hospital in Haywards Heath, England, Saturday Jan. 2, 2021. The UK has 530,000 doses available for rollout from Monday. (Photo: AP)

BERLIN — A prominent German state governor is calling for the country’s lockdown to be extended until the end of January and says there should be no rushed reopening of schools.

Germany’s current lockdown took effect on Dec. 16 after a partial shutdown that started at the beginning of November failed to reduce new coronavirus infections. It was initially set to expire Jan. 10.

It’s clear that Chancellor Angela Merkel and Germany’s 16 state governors will agree to extend it when they review the situation on Tuesday. The question is by how long, and to what extent schools will open.

Bavarian governor Markus Soeder told Sunday’s Bild am Sonntag newspaper that “the lockdown must be extended until the end of January.” He said that “hasty easing would set us back a long way” and that neighboring Austria has shown “the open-closed-open-closed model doesn’t work.”

Some officials advocate opening primary schools early. But Soeder, whose state has above-average virus infections, said it would be “irresponsible” to send all students and teachers straight back to school.

Germany’s new infections remain at nearly three times the level of 50 per 100,000 residents over seven days that the government wants to reach.