German leader Merkel on her way to G20 after plane problem

German Chancellor Angela Merkel was finally on her way to Argentina Friday for the Group of 20 summit after a technical problem with her plane forced her to change plans and stay overnight in Bonn. 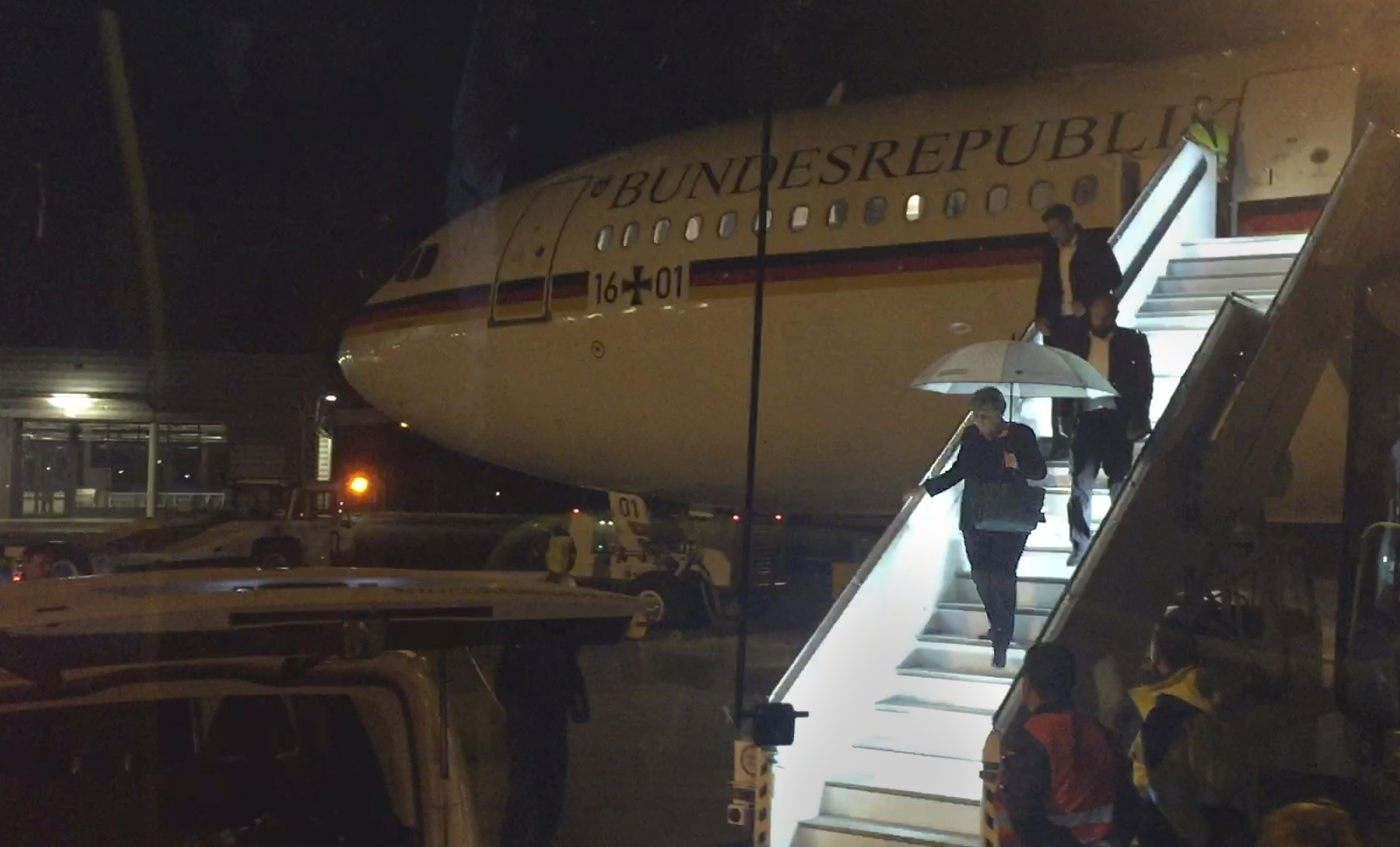 In this Nov. 29, 2018 photo German chancellor Angela Merkel leaves the government Airbus which was grounded after a technical failure at the airport in Cologne, western Germany, delaying Merkel's arrival at the G20 summit in Buenos Aires. (Photo: AP)

Merkel's office said that she and a small delegation, including the finance minister took a different government plane to Madrid on Friday morning, and then boarded a commercial flight to Buenos Aires.

Merkel was en route Thursday night on an air force Airbus A340, but turned around over the Netherlands after the captain reported a technical problem.

The plane was diverted to the Cologne-Bonn airport and landed without incident.

Air force Col. Guido Henrich said the problem was caused by the failure of an electrical distributor box, which affected the radio system and also a fuel system, meaning that the plane couldn't dump fuel. The part was replaced and the plane is now functional again, he said.

The plane landed at Cologne-Bonn with most of the fuel for its planned trans-Atlantic flight on board, making it heavier than normal and causing one brake to overheat slightly as it came to a stop on the runway, Henrich said.

He stressed, however, that there was no danger to the people on board. The plane was able to communicate by satellite despite the problem with its radio system.

The air force was sending a similar plane from Cologne-Bonn, where the government's fleet is based, to Buenos Aires on Friday to pick up Merkel after the G-20 summit.