A German man has gone viral on Chinese social media for cheering on Chinese people in the fight against the novel coronavirus and calling on the world to not discriminate against people from epidemic-stricken areas. 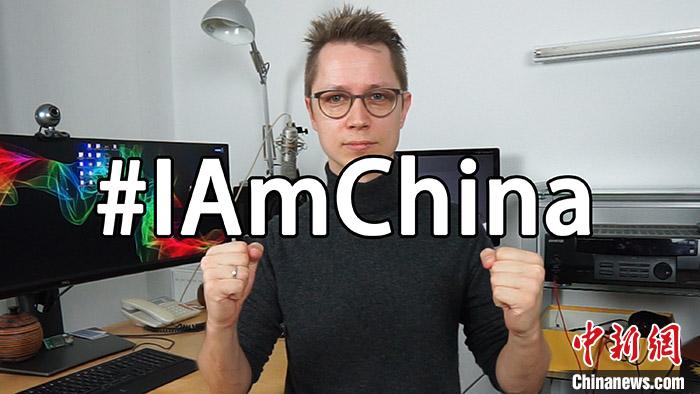 A screenshot of the video. (Photo provided by Tobi)

Tobi is the son-in-law of a Chinese family who has studied at Beijing’s Tsinghua University. In recent days, he voiced support for China’s anti-virus efforts on various social media platforms in a video with the hashtag “#I Am China.” The video became a hit and was watched by millions of people.

“I never expected the video could trigger such a huge response,” Tobi said in an interview with China News Agency on Feb. 9, saying while making the video, he just hoped that it could be viewed by as many people as possible.

A year ago, Tobi began to make videos about China so as to introduce the oriental country to people in his home country.

As for why he made videos about the novel coronavirus, Tobi said he noted some discriminatory remarks and acts after the outbreak of the epidemic in China. “Obviously, they are wrong. That’s why I want to make a video to express my voice and call on everyone to be calm and rational and stay united in the face of difficulties and disasters,” Tobi said. A screenshot of the video. (Photo: Chinanews.com)

“We couldn’t shorten the distance between China and Germany, but we could draw the two peoples closer through our efforts,” Tobi said, adding that “we should fight against the virus, not each other.”

Appearing in Tobi’s video are another 12 Germans who all have some connections with China. Some of them have tied the knot with Chinese women, some like mandarin, some love Chinese food and some have traveled to China.

A friend of Tobi made a video clip titled “Stay away from the virus but don’t stay away from each other” in English, calling on people that if they couldn’t help China in a direct way, then they should treat those affected by the epidemic with kindness.