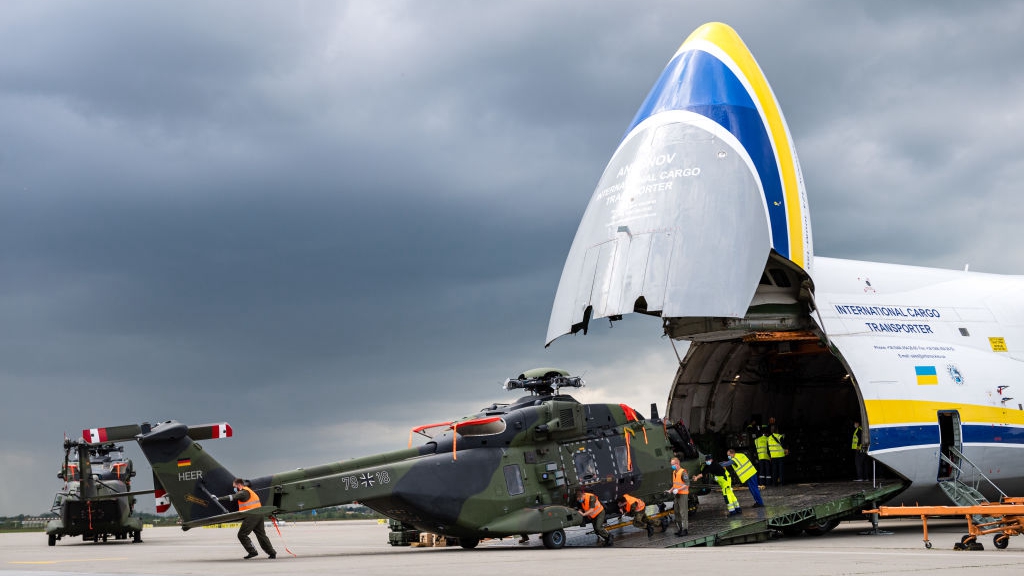 German soldiers unload an NH90 transport helicopter from a military transport plane that arrived from Afghanistan at Leipzig Airport, Germany, May 18, 2021. (Photo: CGTN)

"Our last troops left Afghanistan tonight after almost 20 years and are on their way home," German Defense Minister Annegret Kramp-Karrenbauer said in a statement. "This is the end of a historic chapter, of an intensive mission which has tested the Bundeswehr (Germany's armed forces) and in which the Bundeswehr has proven itself in combat."

The last of the troops were airlifted out of their base at Mazar-i-Sharif in northern Afghanistan on two German A400 Ms and two U.S. C17s.

U.S. President Joe Biden and NATO announced in mid-April that they would pull out the roughly 10,000 foreign troops still in Afghanistan at the time by September 11, the 20th anniversary of the attacks on the World Trade Center in New York that prompted the mission. Germany's Defense Ministry had announced it planned to pull out its troops by early July.

Germany had the second largest contingent of troops after the United States in Afghanistan, with around 150,000 soldiers deployed over the past two decades. Fifty-nine German soldiers died in Afghanistan, 35 of them killed in combat or as a result of militant attacks.

Britain, Italy and Turkey also have a significant military presence in Afghanistan. Smaller contributors to the force, such as Denmark, Estonia and Spain, have already pulled out their troops.

The security situation in Afghanistan has been deteriorating for several weeks. Fighting has surged since early May when the U.S. military began its final withdrawal of troops, with the Taliban claiming to have recently captured more than 100 of the over 400 districts across Afghanistan.

In early June, China, Afghanistan and Pakistan called for a responsible and orderly withdrawal of foreign troops from Afghanistan to avoid a deterioration in the security situation in the region or giving terrorist forces an opportunity to thrive.