German police on October 31 morning arrested a Syrian nationality in Schwerin on charge of preparing explosives to kill as many people as possible, the Federal Prosecutor's Office announced. 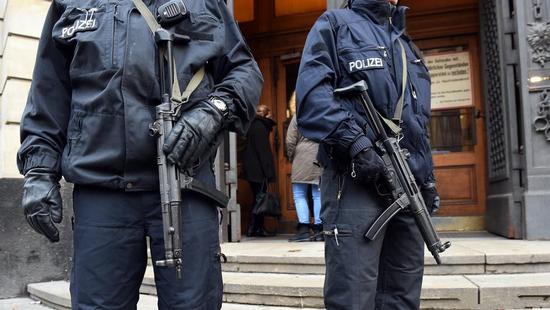 The Office said in a statement that the Special forces of the Federal Police and the Federal Criminal Police Office (BKA) have detained the 19-year-old Syrian named Yamen A, who is accused of preparing a "serious state-damaging crime".The suspect, who lived in Schwerin's district of Neu Zippendorf, is said to have planned an Islamist-motivated attack with "highly explosive" in Germany.

In July this year, the suspect made the decision to detonate an explosive device in Germany "in order to kill and injure as many people as possible. Then Yamen A. began to procure components to make an explosive device, including chemicals, according to prosecutors.

It was not initially clear whether the suspect had selected a location to carry out the attack, prosecutors said. There is no evidence that he is a member of a terrorist group.

Germany is facing increasing terrorist attack risks after over 1 million refugees, mostly from Middle East countries, entered the country since 2015.Last July, a 27-year-old Syrian refugee detonated an explosive device outside a music festival in the southern German town of Ansbach, killing himself and wounding 15 people.