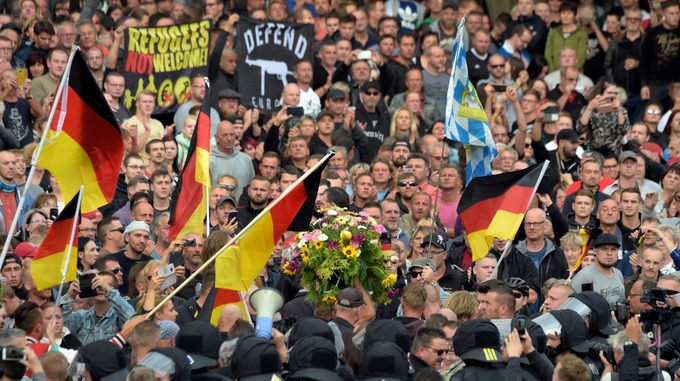 German police are braced for further protests in the eastern German city of Chemnitz ton Monday, after far-Right rioters tore through the streets attacking people they believed to be migrants on Sunday afternoon, reported by The Telegraph.

A crowd of around 800 people gathered in the city Sunday afternoon to protest after a man was killed in a fight between “a number of people of different nationalities,” local police said.

The spontaneous protest that erupted on Sunday afternoon following the incident quickly turned violent and witness reports and videos show people chasing and attacking foreign people, according to The Time of Israel.

Of the estimated 800 people who took part in the first round of protests, about 50 were involved in violence and attacked police officers with bottles and stones, Chemnitz Police Chief Sonja Penzel said.

“What was seen yesterday in parts of Chemnitz and what was recorded on video has no place in our country,” Seibert told reporters in Berlin.