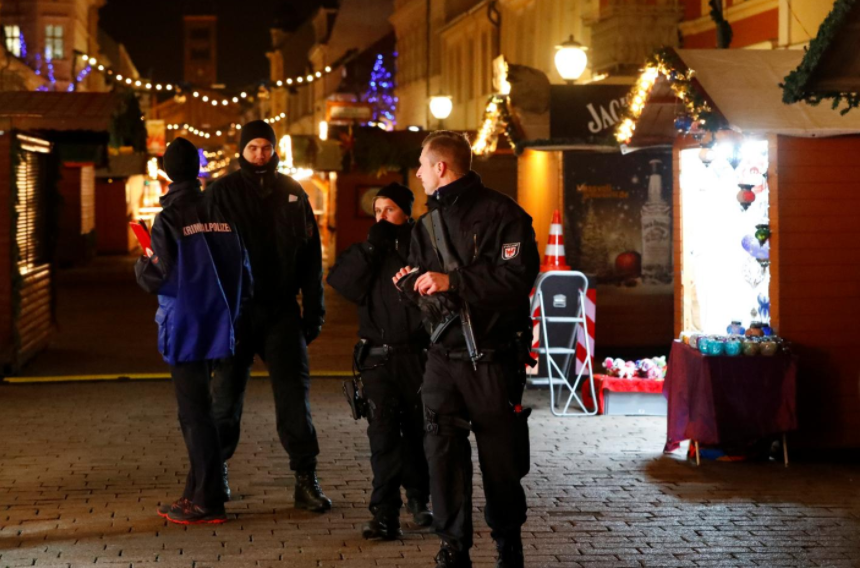 Police have evacuated a Christmas market and the surrounding area in the German city of Potsdam December 1, 2017. PHOTO: Reuters/Fabrizio Bensch

German authorities investigating the delivery of a package containing powerful firecrackers, wires and nails to a pharmacy near a Christmas market in the city of Potsdam said on Sunday it was criminal activity rather than “terrorism.”

Karl-Heinz Schroeter, interior minister of the state of Brandenburg where Potsdam is located, told a news conference criminals were behind the package which they had used to try to extort millions of euros from logistics firm DHL, which had delivered the package.

Police said it was highly likely that the package could have exploded.

Staff at the pharmacy in Potsdam, just outside Berlin, called the police on Friday after they discovered the suspicious package. The Christmas market was evacuated and the package was made safe by a police robot. 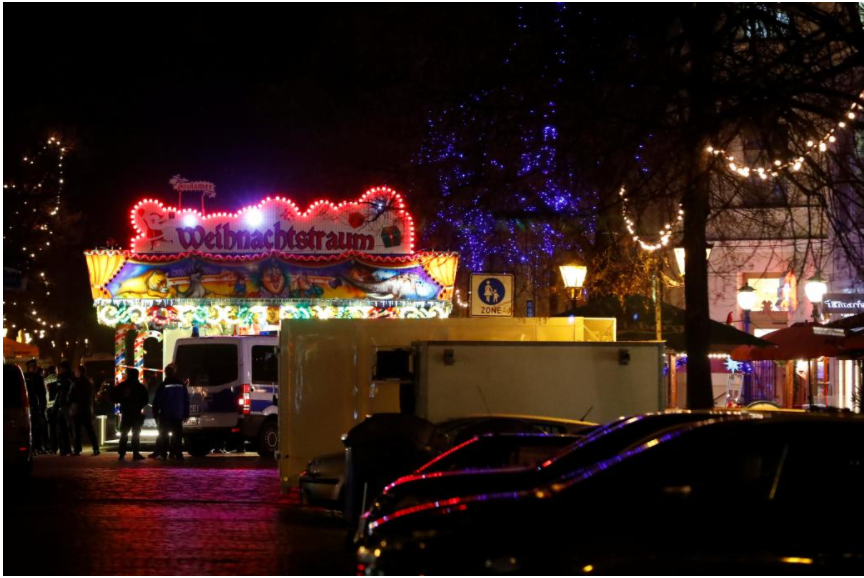 Police have evacuated a Christmas market and the surrounding area in the German city of Potsdam December 1, 2017. PHOTO: Reuters/Fabrizio Bensch

“As we find ourselves approaching Christmas, which is not only a time of peace, but also a time when many presents are sent, such an act of extortion is reprehensible,” Schroeter told the news conference. He said all efforts were being made to catch those who sent the package.

Authorities said the people who sent the package most likely lived in Berlin or in the state of Brandenburg, which surrounds the German capital.

They did not say how much money they had demanded, but said they had told DHL they would send more packages that could kill or injure if DHL, owned by Deutsche Post, refused to pay up.

Brandenburg police chief Hans-Juergen Moerke said that a QR barcode that can be read using a smart phone was found on a piece of paper inside the package. The extortion letter addressed to DHL was found in the barcode.