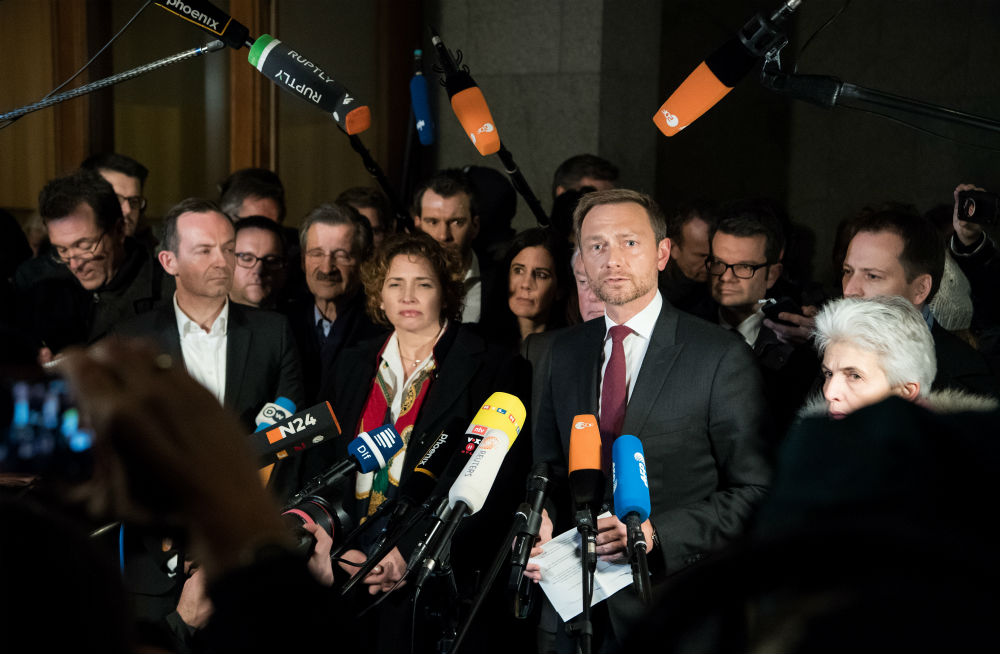 Berlin (People's Daily) - Germany's Free Democratic Party (FDP) announced to withdraw from the Preliminary coalition (also called as "Jamaica" coalition as their party colors) talks in the midnight of Nov 19, as its head Christian Lindner said they had walked out of the negotiations after "reached compromises were questioned again”, which means the collapse of the coalition talks.

"The four discussion partners have no common vision for modernization of the country or common basis of trust," said Christian Lindner, leader of the FDP. "It is better not to govern than to govern badly."

Though Chancellor Merkel turned to convince the Social Democratic Party (SPD), her junior coalition partner since 2013, to return to the fold, the SPD still officially declared that their absence in the coalition Monday afternoon, and insisted on a second election.

The SPD had headed into opposition after the election pounding. They probably would not continue governing in a "grand coalition" with Angela Merkel’s Conservatives after projections showed that they had scored their worst general election result in post-war history. Observers call it a strategy from the SPD, to avoid the far-right AfD (Alternative for Germany) being the biggest opposition.

After the refusal from SPD, German President Steinmeier announces talks with all party leaders in a short speech, with an apparent goal to avoid new elections.

Seeing no other viable coalitions in sight, Germany may be forced to hold new elections while the risk being as inconclusive as September's polls.

Merkel, whose liberal refugee policy has proved deeply divisive, has been forced to seek an alliance with an unlikely group of parties after the ballot left her without a majority.