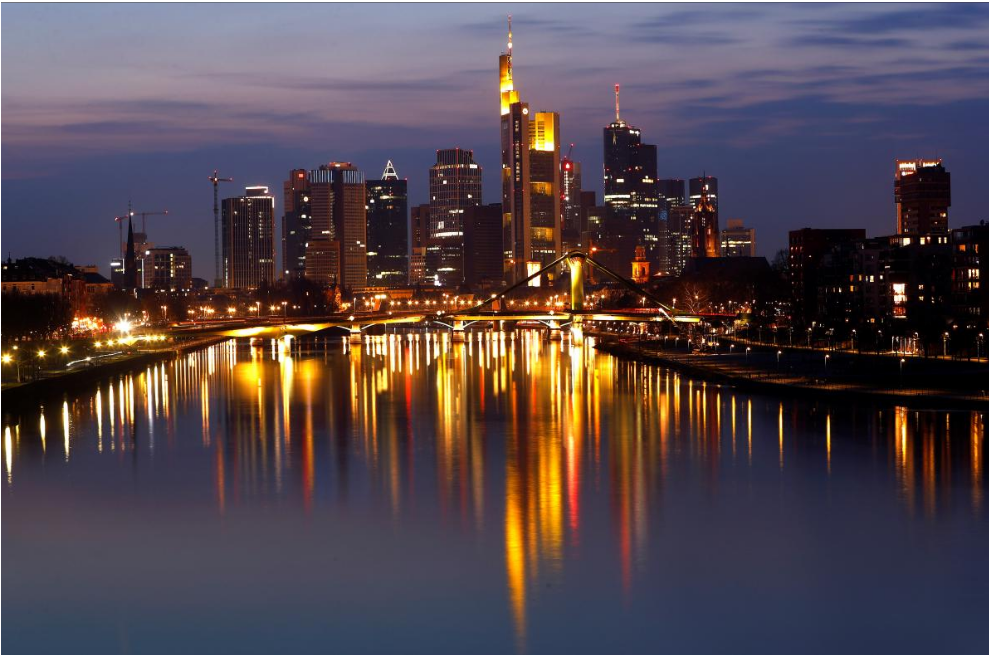 The Frankfurt skyline with its financial district is photographed on early evening in Frankfurt, Germany, March 25, 2018. (Photo: Reuters)

Germany’s public debt is falling faster than expected thanks to high tax revenues and should drop below the European Union’s target threshold next year, a year earlier than previously expected, magazine Der Spiegel reported on Saturday.

Citing the government’s new stability program, due to be agreed by the cabinet next Wednesday, Spiegel said the debt ratio was now projected to fall to just over 58 percent of gross domestic product (GDP) in 2019 from 61 percent this year.

That would see the debt ratio drop below the EU Stability and Growth Pact threshold of 60 percent of GDP a year earlier than previously forecast.