BERLIN - A German intelligence report casts doubts on US allegations that COVID-19 originated in a Chinese laboratory and says the accusations are an attempt to divert attention from US failure to rein in the disease, Der Spiegel magazine reported on Friday. 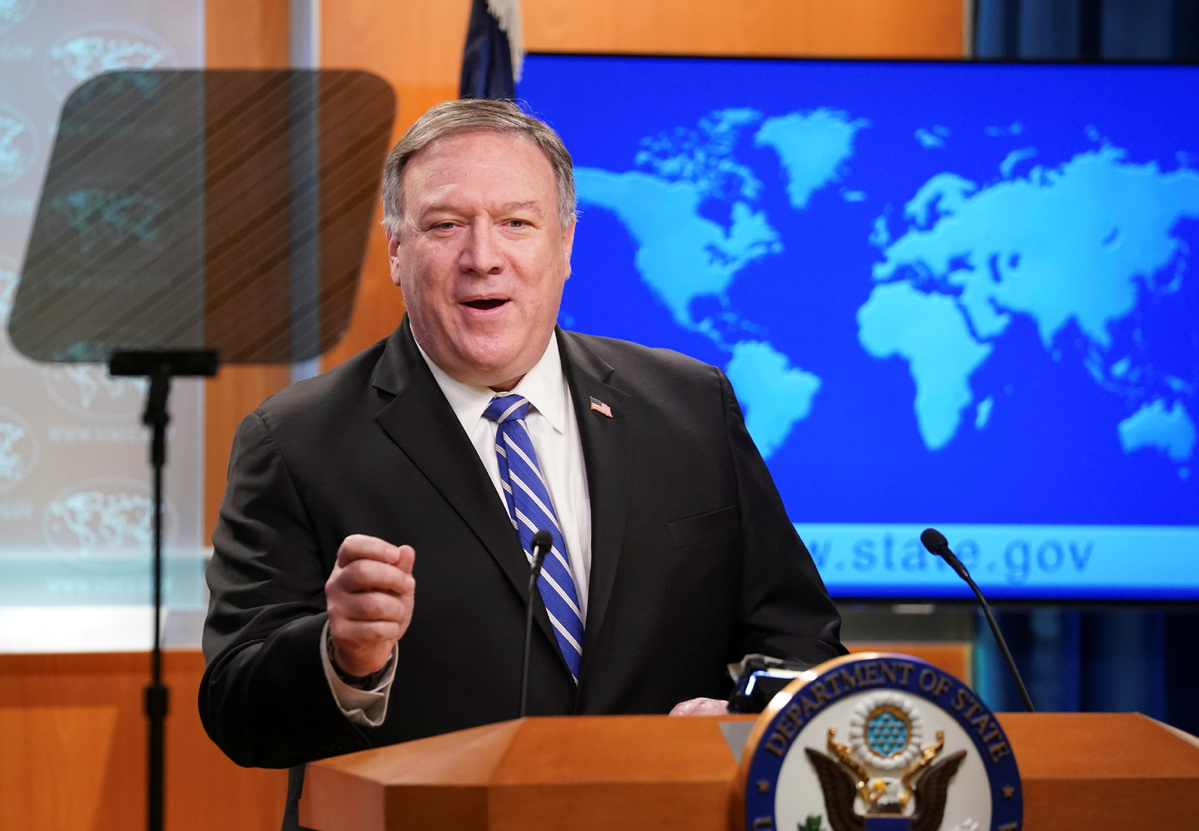 US Secretary of State Mike Pompeo speaks to reporters during a media briefing at the State Department in Washington, US, May 6, 2020. [Photo/Agencies]

US Secretary of State Mike Pompeo said on Sunday there was "a significant amount of evidence" that the coronavirus had emerged from a Chinese laboratory, but did not dispute US intelligence agencies' conclusion that it was not man-made.

Spiegel said Germany's BND spy agency had asked members of the US-led "Five Eyes" intelligence alliance for evidence to support the accusation. None of the alliance's members, the United States, Britain, Canada, Australia and New Zealand, wanted to support Pompeo's claim, it said.

An intelligence report prepared for German Defence Minister Annegret Kramp-Karrenbauer concluded that the US accusations were a deliberate attempt to divert public attention away from President Donald Trump's "own failures".

US deaths from the coronavirus exceeded 75,000 on Thursday, according to a Reuters tally, with mixed messages from the White House and state governments on how to slow the rate of infection.

Deaths in the United States, the epicentre of the pandemic, have averaged 2,000 a day since mid-April.