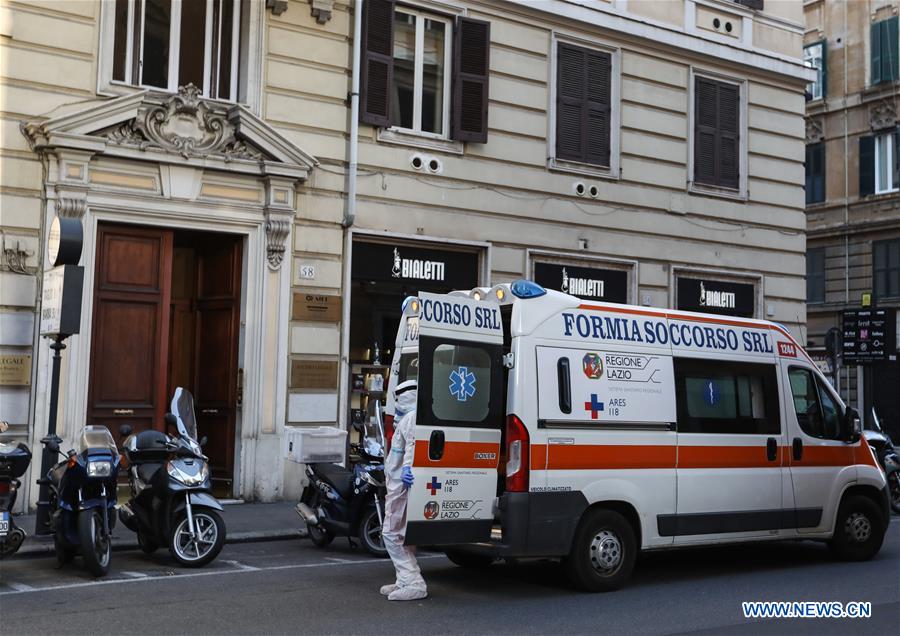 A medical worker with protective devices against coronavirus waits for patients in Rome, Italy, on March 20, 2020. (Photo: Xinhua)

BERLIN, March 24 (Xinhua) -- The German states of North Rhine-Westphalia (NRW) and Bavaria are planning to admit seriously ill COVID-19 patients from Italy, the minister presidents of the two states announced on Tuesday.

North Rhine-Westphalia intended to admit ten COVID-19 patients from northern Italy which is hardest hit by the coronavirus. "This is a small drop," said Armin Laschet, minister president of North Rhine-Westphalia, on Tuesday. "But we want to signal that you are not alone."

Minister President of Bavaria Markus Soeder said in Munich on Tuesday that "we want to send a signal of humanity there too" and admit patients from Italy for treatment in Bavarian hospitals. In addition, Bavaria would help as far as possible with "medical equipment".

The concrete implementation was still subject to discussion, as was the exact number of patients who could be transferred to Bavaria. Soeder also noted that the willingness of other German states to admit Italians would be a topic for the upcoming meeting of German Council of Ministers.

On Monday, Saxony's Minister President Michael Kretschmer had also promised to admit patients from Italy where close to 70,000 people have been infected with COVID-19. The first patients already arrived in Saxony overnight.

"This is a very important sign that we can also help others," said Kretschmer, adding that treating the Italian patients could also help to learn how to deal better with the virus.

As of Tuesday, confirmed cases of COVID-19 in Germany increased by 4,764 within one day to 27,436, according to the federal government agency for disease control and prevention Robert Koch Institute (RKI).