BERLIN, Feb. 4 (Xinhua) -- The risk of recurring COVID-19 lockdowns until the end of the vaccination program was feared by 58 percent of German citizens, according to a study published by the German R+V insurance group on Thursday. 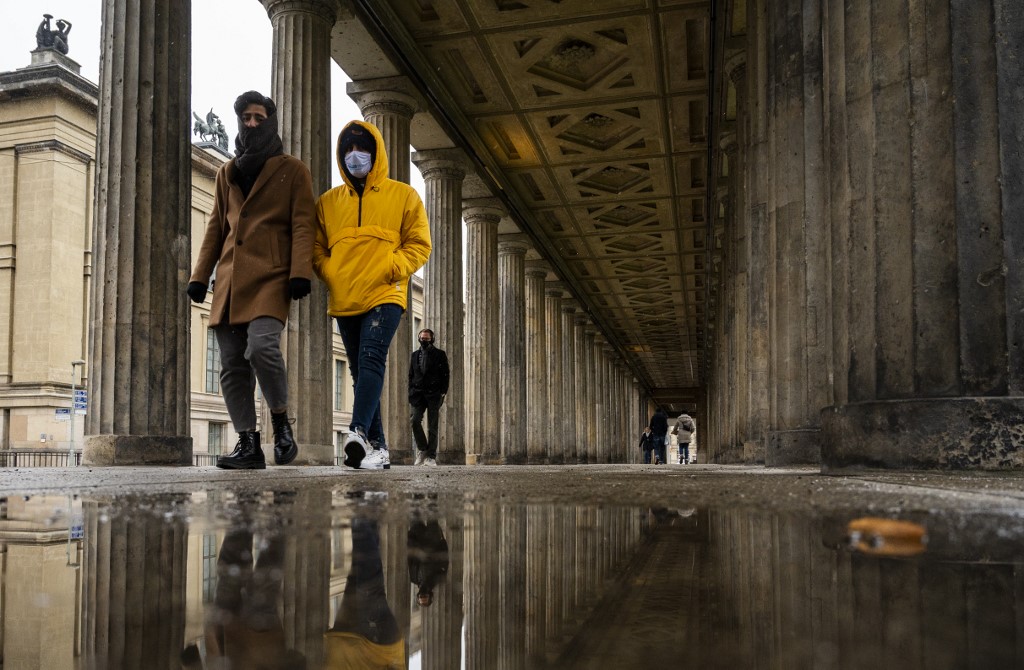 People wearing face masks walk under a colonnade on Berlin's Museum Island on January 15, 2021, amid the COVID-19 pandemic. (Photo: AFP)

Around half of German citizens, or 48 percent, were concerned about getting infected with the coronavirus or that their family and friends would get infected, according to the study. Compared to a special survey conducted in summer, this was an increase of 16 percentage points.

"The forced isolation and the duration of the pandemic are fueling fears," said Brigitte Roemstedt, head of the R+V info center, in a statement.

The study "The fears of Germans" has been conducted for around 30 years and provides long-term figures about themes such as politics, economy, family and health. More than 1,000 adults in Germany were interviewed in a further special survey about fears in the COVID-19 crisis at the end of January.

Some 60 percent, or the highest figure in this special survey, feared that an increasing number of people in Germany would disobey lockdown rules and gather with people or refuse to wear a mask.

Looking at the long-term development, a main concern of many people, also in the lockdown, was "the stability of the German economy," the study noted. Fear of an economic slump was at its highest level in ten years when the financial market crisis had driven the fear among Germans to record levels.