Germany said Wednesday it wants to end by the middle of next month checks at land borders introduced to fight the coronavirus as infection rates slow. 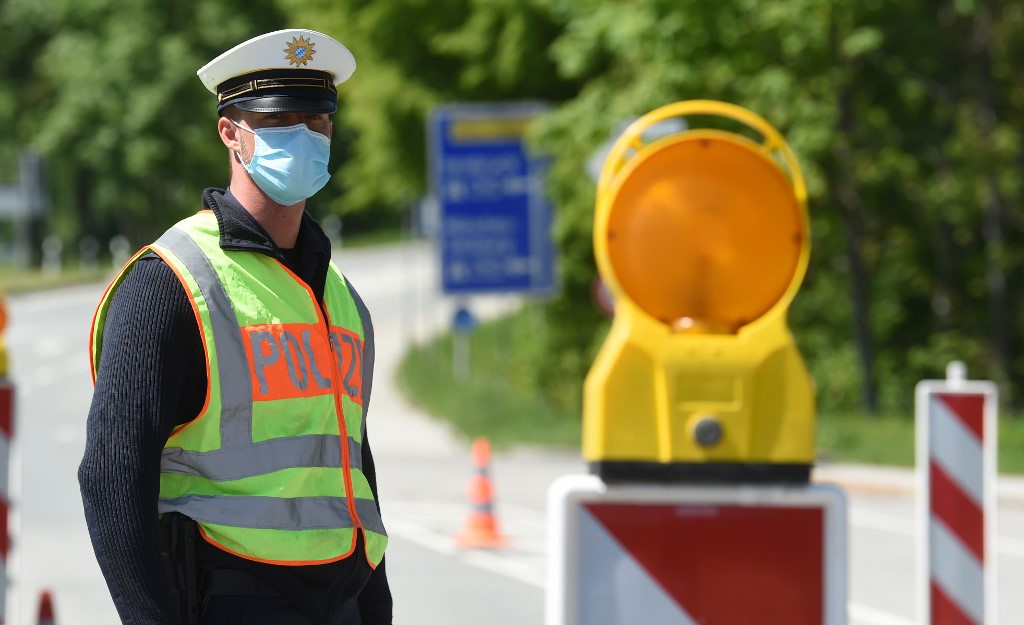 Interior Minister Horst Seehofer told reporters the EU's top economy had "set the clear goal of free travel in Europe by mid-June" and would begin easing some border checks this week.

Restrictions on crossing the border imposed two months ago would be ended with Luxembourg and eased with Austria, Switzerland and France from Friday, enabling business trips and family visits to take place.

The border controls with those neighbours would then end on June 15, assuming the virus outbreak is still seen to be under control.

The total opening of borders "depends on our continuing to do our all to fight the infection", Seehofer said, warning against complacency in light of the encouraging data in Germany.

Seehofer said the agreements on loosening the measures had been reached in bilateral talks with neighbours this week.

He said that travel from non-EU countries such as the United States and Russia would remain restricted until at least June 15.

Germany still has a warning in force until mid-June against taking foreign holidays despite the easing of regulations among European partners.

"We can surely ease the travel warning for Europe sooner than for other destinations, assuming the positive trend in several countries holds steady," Foreign Minister Heiko Maas said.

With the tourism sector reeling, the European Commission on Wednesday urged EU countries to gradually reopen shuttered internal borders and to treat each member state according to the same criteria.

This would mean that countries with comparable health situations would use the same standards on border openings.