German police on Tuesday arrested a British man employed by the British Embassy in Berlin on suspicion of passing documents to the Russian intelligence service in exchange for cash, prosecutors said on Wednesday. 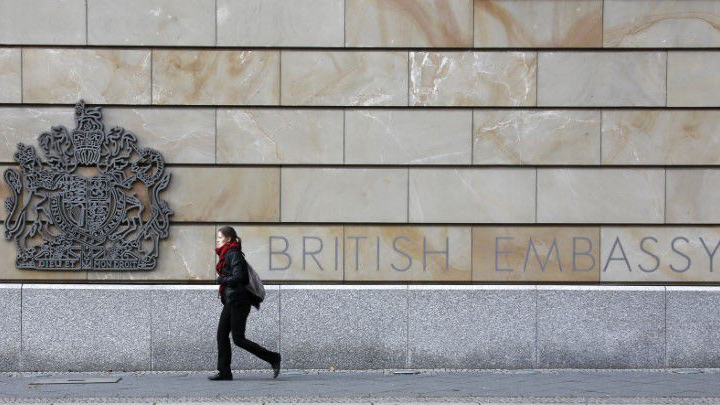 German prosecutors said the apartment and workplace of the man, identified only as David S., had been searched and that he would be brought before an investigating judge later on Wednesday.