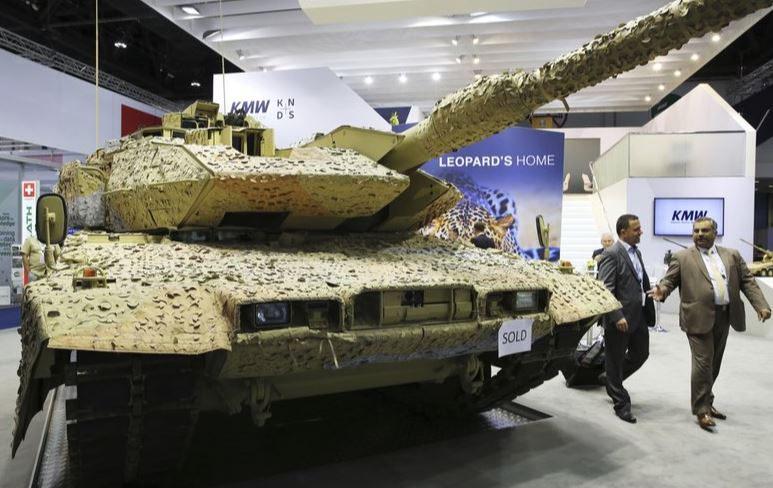 Men walk past a Krauss-Maffei Wegmann Leopard tank with a "sold" sign on it at the International Defense Exhibition and Conference, known by the acronym IDEX, in Abu Dhabi, United Arab Emirates in February 2017. (File photo: AP)

"Given the background of the Turkish military offensive in northeastern Syria, the German Federal Government will not issue any new permits for any military equipment that could be used in Syria by Turkey," Maas told the newspaper Bild am Sonntag to be published on Sunday.

According to Maas, Germany since 2016 has implemented a very restrictive policy for arms exports to Turkey, especially after the Turkish military offensive on the northern Syrian region of Afrin. However, an arms export ban was not imposed at that time.

Germany exported arms worth 243 million euros ($268 million) to Turkey in 2018, making up almost one third of all German weapons exports, according to Bild am Sonntag.

Turkey launched a military operation on Wednesday in northern Syria against the Kurdish militia known as the People's Protection Units, seen by Ankara as the Syrian offshoot of the outlawed Kurdistan Workers' Party.